A year after launching Investiv , he is making a very satisfactory assessment. Since then, the start-up tech startup has already registered more than 50,000 US dollars in rewards. An unprecedented success that is spreading in the field and on the continent.

Recognitions include the Tony Elumelu Foundation Scholarship. Thanks to his initiative, Aboubacar is also laureate of the 2017 Grand Prix of the CGECI Academy, the General Confederation of Enterprises of Côte d’Ivoire.

And yet, the young man’s debut was not rosy. While in Canada, he was forced to leave the country to return to Côte d’Ivoire to sell chicken and Jeans clothes to afford to start his business.

An example of a unique and exemplary determination. He is fighting today for a hyper-connected agriculture in Africa. “I want to help build the future of African agriculture by making precision farming available to small and medium-sized producers,” he   says.

“Today, our start-up has drones that have the possibility, in one flight, to detect plots, less fertile areas, less hydrated or make the diagnosis of phytosanitary diseases that plague … This technology allows the farmer to be more efficient in managing his resources and inputs and to optimize his work, “he explained.

Several advantages to draw according to the young promoter. In particular, the exact control of plot boundaries to avoid land problems between producers. The start-up also offers farmers who reside abroad the opportunity to control their farm.

Beyond these drones and technologies, the agricultural engineer also focuses on the chain of agro-business, agriculture production to marketing.

Despite a success from the beginning, Karim remains realistic. There are real difficulties but the youth must be courageous and go beyond. “It is important not to be limited to the only incantation ‘I will do, I want to do’. You really have to start. It is necessary to begin because it will allow you to know the realities of the domain in which you want to evolve. Even if it’s difficult, you have to persevere, “he  advises. 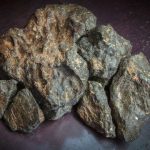 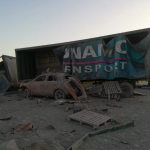