A Ugandan student studying at Harvard University has sued Ugandan government after President Yoweri Museveni blocked him on Twitter.

Since I joined twitter in 2011, I could not imagine ONE DAY dictator @KagutaMuseveni could block me on twitter for holding him accountable. What difference does Museveni have with Idi Amini's regime?#unblockHillaryTaylorVI pic.twitter.com/CblSJmDOMa

In a suit lodged at the Civil Division of the High Court in Kampala on Monday morning, Seguya wants a declaration that the decision by the President to block him from accessing his Twitter account infringes on his right against discrimination guaranteed under Articles 21, 29, 38, 41, 42 and 43 of the Constitution.

“As a Ugandan citizen living abroad, I am only capable of getting information relating to his country’s governance and to communicate to the respective officers including the President through their respective Twitter handles,” Seguya contends.

Fellow Ugandans and particularly, the Bazzukulu. I thank all that read my message and those who responded. I have been using the flying hours to Yokohama, Japan to read through comments and prepare responses that I will share soon. Meanwhile, @stevekizire DM your Mobile contact pic.twitter.com/diH8uRhtGD

According to Seguya, he was on July 30, 2019, blocked by President Museveni from following, viewing, contacting, replying, liking, tagging and retweeting the tweets on his handle without notice and/or affording the applicant a hearing.

Opondo is said to have blocked Seguya on August 8 while Kasingye blocked him on July 20.

Seguya says that their actions infringe on his freedom from discrimination, thought, conscience and belief guaranteed under Article 29 of the Constitution. He contends that the trio’s twitter accounts are used as public forums to disseminate information relating to the activities of their public offices in their official capacities and to get feedback from citizens.

The deputy registrar of the Civil Division of the High Court has given William Byaruhanga, who is the Attorney General (AG) and chief government legal adviser fifteen days to file defence against the allegations.

Mr. Byaruhanga is listed as a respondent in the suit. While President Museveni, Kasingye and Ofwono are not respondents in the suit, Seguya wants the trio to pay costs of the suit and general damages to him for the inconveniences allegedly caused to him. 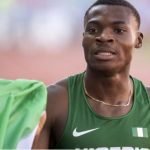 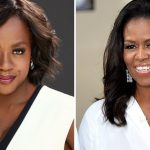