This is more or less like a slap on the Black continent. Because why would you say Donald Trump is more like a Black president you never wanted. This comparison is due to the fact that the American President has some flaws that are so unprofessional. Even at that, does it mean only Blacks could have such shortcomings?

ALSO READ:  'They Are 100% Based On Greater Fool Theory' - Bill Gates Slams Crypto And NFTs

The American has personal issues. Yes, and that should be handled and cited without making reference to the black continent. Or so only the blacks go late for appointments and eat like Donald does on plane?. This is derogatory to an extent..

ALSO READ:  I Was Told To Have An Abortion Or Be Fired – D.C. Assistant Police Chief Says

Comedian and host of The Daily Show, Trevor Noah, is seen in this clip of behind the scenes footage breaking down how Donald Trump embodies all the negative stereotypes Americans had for a Black president. Noah jokes about Trump’s habitual lateness to press briefings, playing off of the stereotype of Black people’s presumed tardiness. He also took a dig at Trump’s family and poked fun at Trump’s diet, saying he eats fried chicken on the plane.

Noah drove home the point by posing the question; what if Obama slipped up on his professionalism and did one of the things he made fun of Trump over? 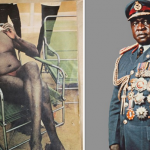 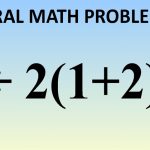