On his visit to the Kenya, President Barack Obama brought up the need for more women in business and entrepreneurship. Kenyan designer Deepa Dosaja is the embodiment of female power. Not only is she making waves in the fashion industry, she is also helping her community.

Returning To Her Roots

Dosaja was born in Nairobi, Kenya but her family moved to Montreal, Canada. In Canada, she received her degree in fashion design. She eventually moved back to her homeland to tap into the emerging fashion industry. She quickly rose to prominence in fashion and was able to open her own business. Her label aimed to bring a stylish upscale element to the then growing Kenyan fashion industry, and change the perception of what Kenyan fashion means. Now her clientele comes from around the world, from Costa Rica to Toronto, Nairobi to Accra, Mumbai to Beijing. Dosaja creates intricate hand-embroidered and hand-painted pieces. Instead of outsourcing labor, she prefers to hire and train local women. Some of these women previously did not have the skills to work in the labor force. Dosaja was told that she should get high-tech machines from China so that she can do the beading and embroidery faster, but she refused. “The thing I love about this embroidery is that we can hire laymen” she says. “They don’t need any previous training or education. We train them in-house. It’s much more valuable to create employment than to get a machine.” She employs twenty full-time staff. Wanjira Mathai, daughter of the late Nobel Peace Prize winner and environmental activist wore a Dosaja coat to Obama’s state dinner. And when Lupita Nyong’o visited Kenya, she made a point to only wear clothes created by African designers. One of these designers was Dosaja. The actress was seen sporting a hot pink creation, which is one of Dosaja’s favorite colors to use. She also loves bold colors, printed fabrics, and flowers. “I get my design inspiration from nature and my spiritual journey. Last year, I went to Lamu several times. I find the island especially inspirational. The collection I’m currently working on is inspired by angels,” she says. Creating One Of A Kind Ensembles

Since the clothes are all done by hand, every single piece is one of a kind.  “None of our pieces can be physically the same, because each woman has a different hand,” Dosaja says. “The wearers of the dress understand they’re wearing something unique, and that they’ve employed someone.” 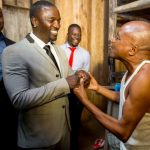 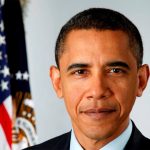