The California company, which made headlines in 2016 after it was reported that the investment firm of techno-libertarian (and not-alien-flesh-sack) Peter Thiel expressed interesting its efforts, is back in the news, after its founder spoke at the 2017 annual Code Conference.

“Life-extension science is a popular obsession in Silicon Valley,” reads his talk description, “so we’re starting to see startups like Jesse Karmazin’s Ambrosia, which studies blood and its constituent parts, and offers treatments that propose to reverse aging—transfusions as a service.”

CNBC reports that Karmazin expounded upon the offerings of his company—noting that he’s already got over 80 customers signed up to receive plasma transfusions, for the bargain basement price of $8,000.

The plasma’s mostly pulled from teenagers, with a donor-age cap of 25, ensuring that only the freshest of blood is allowed at Ambrosia. As for the customers? They’re only required to be over the age of 35, but Karmazin confirmed many are near retirement age.

It’s worth noting that something very close to this was recently featured in an episode of HBO’s Silicon Valley, in which the character (of not-Peter-Thiel-based) Gavin Belson takes a meeting while receiving a transfusion from, yes, a blood boy

In subsuming the blood of the (likely) innocent, those aging customers are banking on a little-studied field of science known as parabiosis. Parabiosis, which has been looked at mainly in mice (plus a few human trials), explores the possibility that young blood can reverse the symptoms of aging when transfused to the elderly.

We reached out to Ambrosia LLC in an effort to determine if Karmazin himself gets transfusions from the young, and he assured us that he does not.

Importantly, at his talk, he was careful not to promise the immortal moon—Karmazin didn’t claim that the procedure his lab sells can end aging. Rather, he explained, he wants to study if it can reverse the symptoms associated with aging.

But at $8,000 a pop, it’s not a leap to assume his customers believe they are doing more than just contributing to some newfangled anti-aging study. After all, they came for the blood of the young—and that’s exactly what they’re getting. 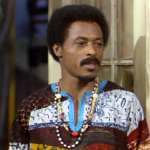 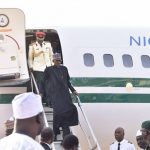