Aliko Dangote’s $16.6 billion net worth has landed him on the Bloomberg Billionaires Index.

According to the latest ranking of the world’s 500 richest people, the president of the Dangote Group is still the wealthiest man in Africa as well as the 65th wealthiest in the globe.

This marks the eighth year since he first became the biggest billionaire in the continent. Apart from Dangote, this new list features only one Nigerian - Mike Adenuga, who is the second richest person in the country with a net worth of $2.8 billion, according to Bloomberg’s Index.

Egyptian brothers Nassef and Naguib Sawiris are also featured on this year’s index.

Here is a breakdown into the wealth and lifestyle of Aliko Dangote, the world’s 65th wealthiest man;

The bulk of his $16.6 billion fortune comes from Dangote Cement, which is the largest cement producer in Africa. It was founded by him and is currently chaired by him. In 2017, it made a revenue of $2.4 billion.

Forbes reports that he owns almost 88% of the publicly-traded Dangote Cement through a holding company.

Dangote’s empire is about to become bigger with his new fertiliser plant valued at $5 billion. Contractors are reportedly putting final touches to it.

There is also a vast oil refinery - a $12 billion project - which is still under construction.

Dangote is known for investing in not only Nigeria but other parts of Africa. Reportedly, he spends on investments in real estate, banking, transport, textiles, oil, and telecommunications.

He once said, “Let me tell you this and I want to really emphasise it, nothing is going to help Nigeria like Nigerians bringing back their money. If you give me US$5 billion today, I will invest everything here in Nigeria. Let us put our heads together and work.”

Outside the country, he has investments in Benin, Tanzania, Cameroon, Ghana, South Africa, Ethiopia and Zambia.

It became the largest private foundation in sub-Saharan Africa in 2014 after Dangote donated the equivalent of $1.25 billion.

“I am going to try my best and give part of that money to charity. I am working hard on it… I think from this year, I personally want to take it (philanthropy) very seriously..,” he stated that year.

So far, the Foundation has given away N1 billion to Nigerian universities, N230 million to women in Kogi State, relief materials worth N50 million, and $2 million to the World Food Programme. 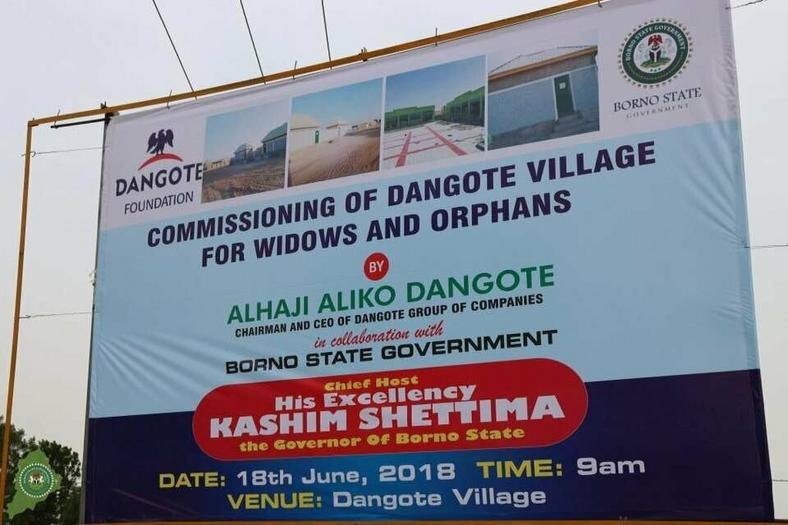 Still, Dangote remains unsatisfied as he aims for more humanitarian work. In October 2018, he announced his vision to become the biggest philanthropist in Nigeria and Africa.

“I do not only want to be known as Africa’s richest man but the biggest philanthropist. I will continue to use my resources and my voice to help shape a better Nigeria, and Africa as a whole,” the businessman said as he flagged off one-off and unconditional micro-grants programme in NigerState.

Later that year, Dangote was named among the 100 most influential philanthropists in the world. He is the sixth charitable man on the list while the founder of Tony Elumelu Foundation, Tony Elumelu,holds the 11th position.

According to All Africa, Dangote owns a private jet worth $45 million and a $43-million yacht. Blomberg reports that he has several private jets including a Bombardier Challenger 605.

He has a home in Lagos state and reportedly a mansion in Abuja worth $30 million.

Look who is also in Monaco 👀☀️ The richest black man in the WORLD! … F.Ote💲

Despite his fortune, a Bloomberg reporter recently discovered that he still uses a chunky Casio calculator. Its commonly used by Secondary school students, not billionaires.

He is also not the type to flaunt his wealth on social media preferring to his accounts for business instead. However, he went all out for daughter, Fatimah‘s wedding on March 24, 2018.

Welcoming the Vice President and his wife to the wedding dinner of Jamil and Fatima in Lagos. 🇳🇬 … F.Ote💲

The lavish wedding reception held inside the Conference Centre of the Eko Hotel and Suites, one of the most luxurious hotels in West Africa. It was attended by one of the world’s billionaires, Bill Gates.