After a Briton erred in filling out a US visa application form for his grandson, the baby was summoned and questioned by the US Embassy in Britain.

A three-month-old British baby named Harvey Kenyon-Cairns was due to travel to Florida, but was summoned to the United States embassy in the United Kingdom because he was suspected of … terrorism. The fault lies with his grandfather, Paul Kenyon, who had made a mistake by completing the visa application form for his grandson. In answering the question “Are you trying to get involved or have you ever engaged in terrorist activities, espionage, sabotage or genocide?”, He checked yes by inattention.

After receiving the form, employees of the US Embassy summoned the baby who lives in the town of Poynton. His mother and grandfather accompanied him to London, the round trip took ten hours. The child’s grandfather was flabbergasted. “I could not believe they did not understand that it was a mistake and that the three-month-old would not harm anyone,” he told the British newspaper The Guardian .

According to Paul Kenyon, his grandson was calm and did not cry during the interrogation. “I was thinking of dressing him up in an orange suit and then I changed my mind. They did not seem to have a sense of humor and could not see things on the right side, “he said, referring to orange combinations, the clothing of American prisoners. This error cost Paul Kenyon 3,000 pounds (over 3,500 euros): the visa was not granted on time and he had to change his plane tickets. 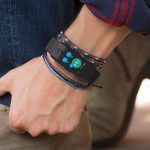 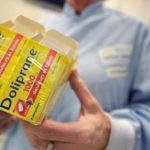