The number of people connected to the Internet in the world is estimated at about 4 billion, but in several African countries, less than 10% of their populations have access to it. In a We Are Social and Hootsuite report released in 2018, Africa had the highest Internet access rates in 2017, with a 20% year-over-year increase.

In addition, nine African countries could not do better because they are on the list of the 10 countries with the worst Internet access rate in the world. These countries are mainly from the center and south of the continent.

1. Madagascar
Madagascar is the 204th country in the world with 1.9 million (7%) of its population connected to the Internet.

2. Guinea-Bissau
Guinea-Bissau ranks 205th in the world with only 120,000 (6%) of its population having access to the internet.

3. Democratic Republic of Congo
The size of the population of DR Congo is the main reason why it is on this list. There are currently 5.1 million people in the country with Internet access, which represents only 6% of the population. DR Congo is ranked 206th in the world.

4. Burundi
Burundi has only 617,116 (6%) of its population with Internet access. This places the country in 207th place worldwide.

7. Western Sahara
Western Sahara is a region within the territorial border of Morocco. Only 5% (28,000) of the 560,000 inhabitants of this region have access to the Internet. As a result, the region ranks 210th in the world.

9. Eritrea
The worst country in the world and Africa in terms of internet connection is Eritrea with only 1% (71,000) of its 7.1 million people, who are connected. 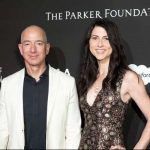