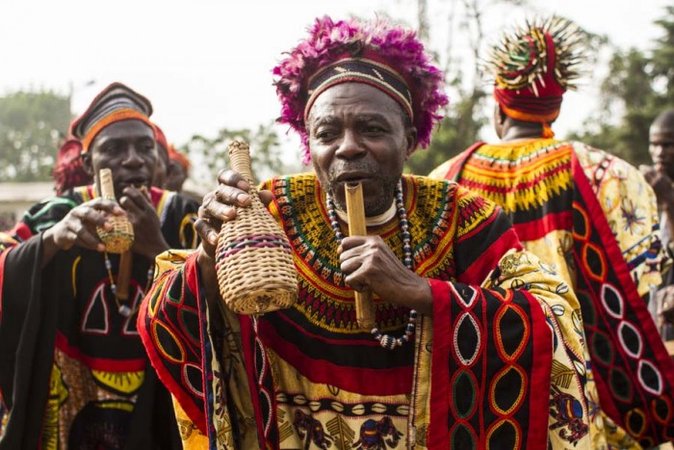 The word ‘culture’ hails from the Latin word cultura which is derived from colere that means, ‘to cultivate’. Our culture has a major share in cultivating our minds.

Culture refers to the pattern of human activity and the symbols that give significance to them. Culture manifests itself in the forms of art, literature, clothing, customs, language, and religion. The way people live and what they believe constitutes their culture. Their principles and moral values also form an important part of their culture. People from different parts of the world have different cultural values. Cultural differences contribute to the diversity in people’s thinking and living styles.

The common traits and beliefs that form the mindset of a group, define their culture. Let us look at the basic characteristics of culture and its fundamental elements.

Every culture is shared by a group of people, usually inhabiting the same part of the world. The region they live in, the geographical conditions around them, their country’s past, the belief system and values of its people, and the heritage they are proud of, constitute their culture. Being common to a group, these aspects develop a sense of unity and belonging among the people of that group. People of the same community share the same values, beliefs, and traditions. Their literature and history is the same. Their language and mannerisms, and the way they communicate is similar. Built by their belief system, their personalities share certain traits. Their roles in the family and society are defined by their culture. Their occupations and lifestyles may be influenced by their culture. Culture gives the people a collective identity. It belongs to a community and not to any single human being. It is shared.

Culture is not biologically passed from older generations to the newer ones. It is learned through experience. The members of a culture share certain ideals which shape their lives. The future generations learn to follow the same ideals. Culture propagates through generations, which adopt their old customs and traditions as a part of their culture. The ideals they base their lives on, is a part of their culture. Cultural values are imparted from one generation to another, which is the reason why they continue. The language, the literature, and the art forms pass down from generation to generation. Culture is learned, understood, and adopted from what is taught by society and assimilated from the environment. No individual is born with a sense of culture. In the course of life, he learns it.

Cultures undergo a gradual change. With passing time, some beliefs change, certain traditions or rituals are eliminated, language and mannerisms of people change, and thus their culture. Migration and globalization lead to a mixing of cultures. When people from different parts of the world come together, they influence each other and effectively, each other’s cultures. These factors contribute to the formation of a multicultural society and sometimes, even new cultures develop.

Over time, some traditions are dropped out of a culture because they are dangerous or due to their arduous nature. Due to education and increased awareness, newer generations become flexible to change and look at concepts like religion and culture with a broader perspective and have a liberal view about them. So some rituals or customs become less rigid, some are replaced by simpler ones and some are discontinued.

Due to the exposure to various cultures across the globe, people adopt some aspects of other cultures. This affects what they teach their children, thus influencing the culture of their future generations and in a small way, leading to a cultural change. Social thinking undergoes a transition and so does culture. Gender roles change. For instance, traditionally, the males were meant to work and earn for their family, while women stayed at home and looked after the children. Today, these roles have changed. In many families, women work away from home, while men take care of the kids.

All cultures change in time although their rate of change varies. It’s often seen that the politically or economically stronger countries influence cultures in other parts of the world, and lead to social changes worldwide. An example of this is the influence of American and European cultures on other countries.

It is true that culture influences us, but it is also true that we influence culture. In fact, culture evolves over time and takes years to develop. It is not a set of rules made by one or more people and followed by generations. With passing time, a culture develops and even changes in the process.

The geographical location and climatic conditions of a region have a direct effect on the living conditions of the inhabitants. The climate, for instance, may influence the traditional clothing and food habits of the people living there. The geography of a region has an impact on the occupations of its inhabitants, and thus their lifestyle. It influences the art forms, sports, and other activities the people engage in, thus defining their culture.

Some traditions are created with a cultural or political purpose or in the interest of the nation. They are passed down from one generation to another. These include holidays, festivals, beliefs, and rituals. Similarly, art and literature is also passed down through generations, thus shaping the culture of that community and taking years to form.

Studies have brought out the fact that no culture can remain in isolation. There is hardly any social community that is completely isolated from the rest of the world. Every culture is mostly influenced by cultures of the surrounding regions. Years ago, there were tribal societies that stayed in seclusion, unaware of the world outside. Today, most of these once-secluded groups are connected to the rest of the world. And there is hardly any community, and thereby any culture which is totally isolated.

The cultural values of people in a particular country are affected by those of the people from neighboring countries. When people from different geographical locations come together, they influence each other’s cultures. Trade between two countries, migration of people to different parts of the world, and travel for educational or recreational purposes are some examples of how cultures cannot stay separated. Cultures that evolve around the same time show similarities because they have developed together. Some blend to create shared cultures. No culture can make itself immune to external influences.

Culture gives us an identity. The art and history that we are proud of, the literature we learn from, our education, and our upbringing shapes our personalities. What we observe around us, what our folk tales teach us, and what our culture says, is deeply ingrained in our minds. Our cultural values, and our system of beliefs dictates our thinking and behavior. Rituals and traditions are a part of our daily living. The way we carry ourselves in society and who we are as human beings, is highly influenced by the culture we belong to. To make us feel a part of the group and to give us the guiding principles of life, culture is essential.

What are the elements of culture? Language, symbols, values, and norms are among the important elements of culture. Our religious beliefs, customs and traditions, art, as also history, taken together can be considered as the cultural elements. They give a meaning to the concept of culture. All these are important for our overall development as individuals.

Culture is transmitted across generations.

Cultural values are transferred across generations in the form of symbols and stories that make them easier to understand. The beliefs that a culture holds, take the form of customs and rituals that people are supposed to follow. The languages which are a part of culture, are integrated into the education system. Sometimes, values and religious beliefs are also made a part of it. The art, music, and dance forms that are representative of a culture are also transmitted across generations.

Despite the efforts of the older generations to pass cultural values to the forthcoming generations, sadly, many are unaware of their own culture. Some things are lost in translation and some may be removed on purpose. Some aspects are not correctly or completely understood while some are not accepted. This may even lead to the end of old cultures. The sad truth is that many may have the knowledge of the world but only some have a complete knowledge of their culture.
To take pride in the culture you belong to and to respect its teachings, you must first know it. It is important to know the past that has shaped your present and is going to influence your future. 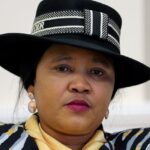 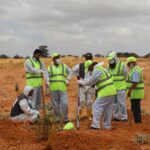