Hoping to impress the teachers at his new school, an Irving, Texas, high school freshman named Ahmed Mohamed brought a homemade clock with him to MacArthur High Monday morning, which he’d assembled before bed the night before. When he showed it to those teachers, though, they were something other than impressed, and by Monday afternoon, Mohamed was being led out of school in handcuffs. Ahmed’s English teacher believed the device was a bomb.

Why? Could it have something to do with Ahmed Mohamed’s name, or the color of his skin? His father thinks so. “He just wants to invent good things for mankind,” Mohamed Elhassan Mohamed told the Dallas Morning News. “But because his name is Mohamed and because of Sept. 11, I think my son got mistreated.”

Mohamed’s father might be right. Below are seven students, not named Mohamed, who got off scot-free for the heinous crime of DIY timekeeping, plus a bonus kid who brought an actual inert bomb to school and wasn’t suspended. (Mohamed got three days.)

Another student who likes clocks made a clock of his own. Peter Mattis of Gregory elementary wanted to make a clock more complex than a sundial, so he made his own liquid clock.

The clock drips green fluid into a container to mark the hour. And while Peter doesn’t use the clock to tell time at home because it tells time by hours instead of minutes, he can think of one situation where the clock would come in handy: a hurricane.

Haley Zinke and Tasha Williams researched whether or not water clocks kept accurate time. They built their own clock for the project and demonstration.

During the Holloway Elementary School science fair last week, kids crowded around Logan’s exhibit as he explained how he used veggie power to keep track of time.

“I tried to get an alarm clock to come on with no batteries,” Logan explained, pointing to copper wires and chunks of potato and lemons. Citric acid in the lemon kept the clock working for hours, but the potato “spuddered” out rather quickly.

However, he said he was really happy with his experiment because “if the power goes out, I will get to school on time.”

Indy Brumbraugh and Cesar Limas also worked together on their “Clock-o-matic,” an alarm clock that squirts water on those not-so-early risers.

“I wake up late and my mom and dad wake up late, so I was thinking of an idea to wake them up early,” Cesar said.

“I didn’t know anything about building,” said senior Tori Clark, the only girl in the class of 14. “I built a clock in (Carroll’s) industrial tech class last year, and he’s a good teacher so I decided to try this.”

It was a good decision, Clark said.

“My dad said he wishes he would have had something like this when he was in school,” she said.

Plus, here’s an anonymous kid in Kiowa, Colorado who brought an actual inert bomb and wasn’t suspended (his teacher was)

A high school student’s science project was meant to demonstrate how heat is involved in transferring energy. But because the project was an inert bomb, the student and his teacher are taking some heat of their own.

The bomb, made with fertilizer and diesel in a test tube, was displayed last week at a science fair with traditional experiments when an anonymous caller alerted the authorities. The bomb was made with the approval of the 17-year-old student’s teacher.

The student, whose name officials refused to release, remains in school and will not be disciplined by the school, because he had his teacher’s approval for the project.

If you or your child ever brought a homemade clock to school and somehow escaped arrest, feel free to share your story below. 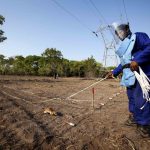 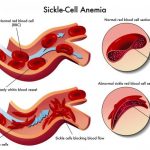