A 55-year-old  Egyptian woman died on Sunday after two weeks of hunger strike because of her neighbour’s building which is in violation of a law.

Safaa El-Koumy started her protest in the northern town of Menoufiya where a decree was issued for the demolition and rebuilding of houses including hers to make way for road expansion.

All houses on the stretch were affected since the project started in 2014 except her neighbour’s which was in violation of the law.

“However, due to corruption in a local administrative unit, one family was allowed to violate the law, seizing almost 35 metres of the road. Despite removal orders being issued, the violations continued, narrowing the road, and blocking sunlight from neighbours’ buildings,” her lawyer Ragab El-Gohary was quoted by Egyptian news portal Ahram Online.

Ahram also cited an unnamed source at the governorate who said there was an appeal against the decree and a court had cancelled it.

El-Koumy is reported to have started the hunger strike with her four sons and daughters at a hospital where they launched a sit-in.

“When they reached the hospital they found out that the attacker filed a police complaint claiming he was attacked by El-Koumy and his sister was harassed. They decided to go on strike, and started a sit-in and hunger strike at the hospital,” lawyer El-Gohary added.

The mother has since been buried but her four sons and daughters say they will continue the hunger strike until the building is demolished. 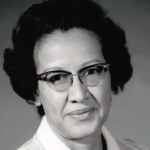 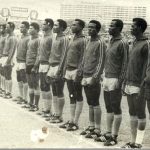