Nigeria is allowing its struggling currency, the naira, to trade freely in a move to tackle the financial crisis in Africa’s most populous nation. Financial blogger Feyi Fawehinmi looks at how it will affect people’s lives.

Refined petrol is Nigeria’s single biggest import. The story of how an oil exporting nation has to import almost all of its refined products is well told.

Last month, petrol subsidies were removed and a new price band of 130 naira to 145 naira per litre was recommended by the government.

Remarkably, Nigerians took this price rise with no more than a shrug and the attempt by labour unions to force a price reversal with strikes flopped spectacularly.

In the short term, the Central Bank of Nigeria (CBN) is likely to continue to be the main supplier of dollars to the market until foreign investors return.

With one eye on the petrol price, it is likely to kick start the market at a rate that keeps petrol prices stable ie somewhere below 285 naira to $1.

In June last year, the CBN came up with a now infamous list of 41 imported items that would no longer be eligible for foreign exchange from official sources.

Items on the list ranged from tomatoes to toothpicks to private jets. Importing them was not actually banned, but since the list came into effect, anyone who wanted to bring them into the country had to source foreign exchange from the black market.

The CBN said last week that importers of those 41 items will still not be able get foreign exchange for them on the official market.
In other words, you can still import toothpicks but you will have to buy dollars from the black market to do so.

Based on this, prices of those items are unlikely to be affected. This is a shame because Nigeria could do with some tomato imports right now after the tuta absoluta pest devastated harvests in northern Nigeria.

Allowing rice imports wouldn’t be a bad idea either given how rice prices have spiked in recent times.

Rice importation has always worked on a quota system – those with political connections usually getting the right to import it. The current policy restricting the imports is tied to goals of national pride in achieving self-sufficiency. Given this, it is unlikely to be lifted.

The Nigerian palm oil producing company, Okomu Oil, posted a 98% increase in profits for 2015. Palm oil is of course on the list of 41 ineligible items and so Okumu has faced less foreign competition for its produce.

Latest figures from the National Bureau of Statistics show that inflation is rising steadily in Nigeria. Given how Nigeria is dependent on imports for a lot of basic items, a floating currency – which is expected to lead to a devaluation – is likely to further increase prices, at least in the short-term.
In reality, however, the policy of rationing foreign exchange in the last year meant that those who needed it the most hardly ever got it from official sources.

As such, even as the official rate remained stable at 199 naira to $1, prices of imported everyday goods have been reflecting black market exchange rates for a while now.

Nigerians have already endured the equivalent of a gut punch from soaring prices and are unlikely to be in the mood for any more.

Further price increases might just force consumers to eliminate demand for some products altogether. A more stable and open foreign exchange regime should also eliminate a lot of the uncertainty that has been pushing up prices.

Given what has already happened in the last year, a floating naira, somewhat counter-intuitively, can be expected to start bringing down inflation.

4. Bad news for banks and businesses with forex loans

The CBN says that 10.1% of all the loans in Nigeria’s banking system have gone bad – in other words they will never be repaid. A lot of these loans were made in foreign currency and given to local oil and gas companies when crude oil prices were $100 per barrel.

Between 2012 and 2014, an estimated $10bn was lent to local oil companies to purchase assets from foreign oil conglomerates.

Once the naira starts to float, banks will have to adjust the naira value of these loans on their books. In turn, the increased burden on the borrowers is likely to push more of them into bad loan territory.

It remains to be seen how the government will react to these if and when they happen. Or perhaps the banks will use it as a bargaining tool to extract another round of bailouts from the government.

Another effect of rationing foreign currency in the past year has been that there was a backlog of unmet demand for foreign exchange steadily building up.

The CBN says this backlog is now at $4bn and will take four weeks to clear. Others say it is at least double that amount.

Included in that backlog is the $600m owed to foreign airlines which has caused a number of them to either stop serving Nigeria entirely or put the route under review.

If nothing else, this has been embarrassing for Nigeria and has drawn unflattering comparisons with Venezuela. Once the backlog is cleared, foreign airlines should continue their business as normal.

Of course, trapped funds are not their only worry – the economic situation has done its bit to dampen demand for foreign travel by Nigerians. Still, solving one of two problems is not a bad deal.

Ultimately, Nigerians have reason to hope that the worst of the last year is now over.

With a floating exchange rate, foreign investors can have more confidence in the country and Nigeria should see an uptick in the foreign investments it so desperately needs. 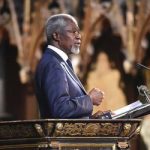 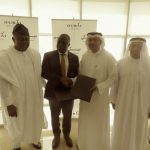