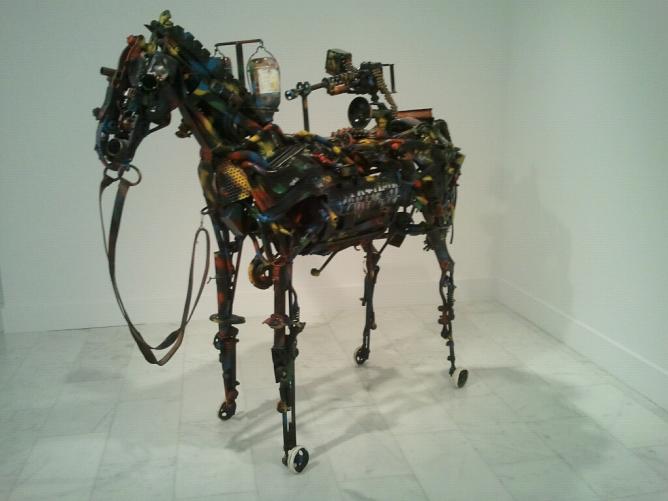 While the West has begun to recognize the artistic skill that comes from Africa, many lingering colonial-created stereotypes continue to frame Africa as ahistorical and exotic, which is especially detrimental to African woman. Today, many female African artists who have lived and worked in the Diaspora challenge these fictional, oppressive perceptions of their various African countries and their bodies through their art. Here are five women artists from the diaspora you should definitely know more about. 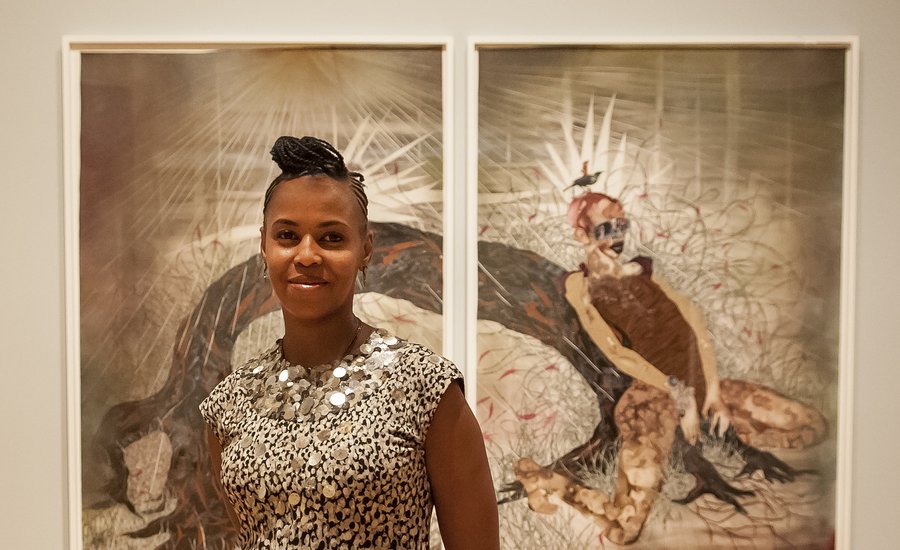 Wangechi Mutu was born in Nairobi, Kenya, and spent her undergraduate career in Wales at Cooper Union, before immigrating to the United States, where she earned her MFA from Yale. Today, she lives and works in New York. From a young age Mutu was exposed to how the Western world oversimplified Kenya to be a nameless part of the larger Africa, made up of Safari and traditional ‘tribes’. She addresses this and other post-colonial issues in her work, her photomontages being most well known. They combine ink, acrylic and sometimes glitter and pearls with images cut from travel magazines, pornography, auto magazines, and advertisements to form new human figures. The final images, such as those of Misguided Little Unforgivable Hierarchies (2005) and The Bride Who Married the Camel (2009), are bright and intense, beautiful but also unnerving. The original images have individual contexts and evoke distinct connotations. When joined by Mutu, though, they come to represent the colonial legacy of how the West perceives the African continent as ‘primitive’ as well as its hypersexual objectification of the African female body. The beauty and weirdness draws the viewer in, while the details—women composed of animal heads, cervix diagrams, motorcycles, and the exposed torsos of a playboy model—challenge and disrupt the Western imagination that exoticizes and objectifies the African culture and body. 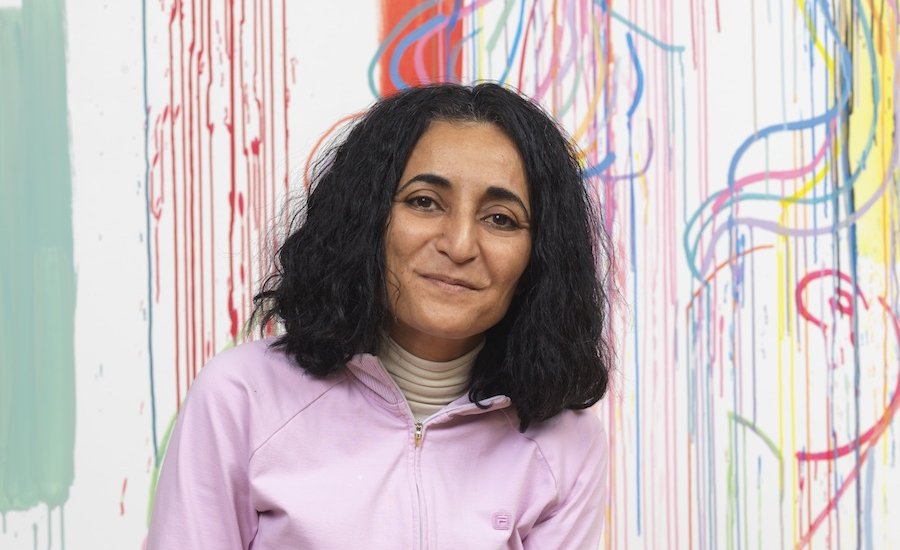 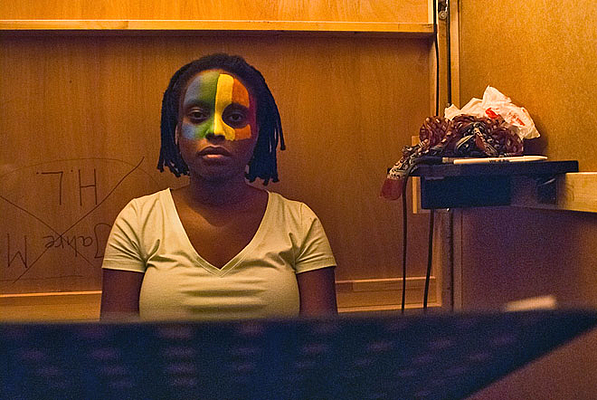 Malinda is a performance artist who grew up in The Netherlands, The United States, and Kenya. Although she grew up away from her nation, many of her performances work within a Kenyan or broader African context. Many her pieces look at post-colonial politics within the country, such as Mshoga Mpya (The New Gay in Kiswahili) (2014), which reacts to the illegalization of homosexuality in Kenya. In the performance, Malinda is inside of a black cubicle that only one viewer can enter at a time, where she relies the collected stories of the queer in Nairobi. The intimacy preserves the privacy of the anonymous voices while enabling discussion of those who are oft forcibly silenced. Much of other work focuses on African queerness, too, such as her performance, Mourning a Living Man (2013), which is specific to her dysfunctional childhood home but also speaks on larger themes of gender performativity and sexual abuse through the use of color, language, and domestic activities made perverse. In both these pieces she highlights the local voices of feminism and LGBTQ community, giving a platform to these stories that are overshadowed by the white feminism of the West. The way the audience is often forced to interact with the artist and the space of the performance physically connects the audience with the human experiences being represented. 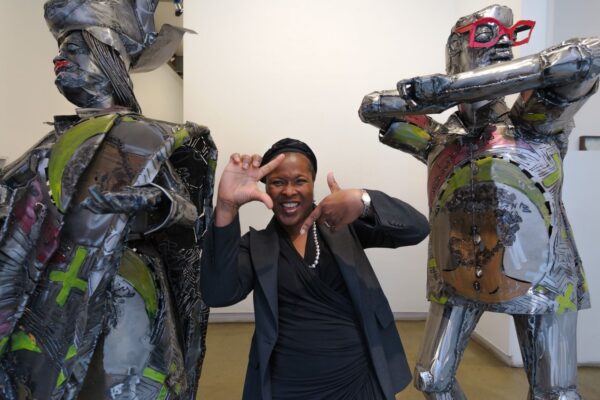 Camp is a prolific Nigerian sculptor from Buguma who studied at the California College of Arts and Crafts in Oakland, Central School of Art and Design, and the Royal College of Art in London, where she currently resides. Her sculptures often depict Kalabari (the town from which Douglas Camp comes) masquerades, spirits, or priestesses. Made of steel and other found materials such as cans, rope, and feathers, connects herself and represents her roots in these figures. Exhibiting to an international audience, Douglas Camp’s sculptures work to recontexualize the sacred role of the masks involved in masquerade, which are often displayed isolated in museums. Her works speak specifically to Nigeria and the Kalabari as well. As a woman, she is not allowed to ever do the masquerade since that is strictly the role of the man in the society. By crafting these forms of performing, Douglas Camp engages in the masquerade on a level that is denied her and other women. Also, welding is typically a male artisan’s position. In a dual sense, then, she has continually challenged the gender boundaries imposed on her by tradition. On a larger national scale, Douglas Camp addressed the murder of Ken Saro-Wiwa by the Nigerian government. A non-violent activist against the Royal Dutch Shell Company and the government’s lack of environmental regulations, Douglas Camp viewed his death as a national disgrace, and chose to represent it in her work Alagba in Limbo (1998), which depicts the masquerade Alagba being shamefully carried by two men whose faces express agony. 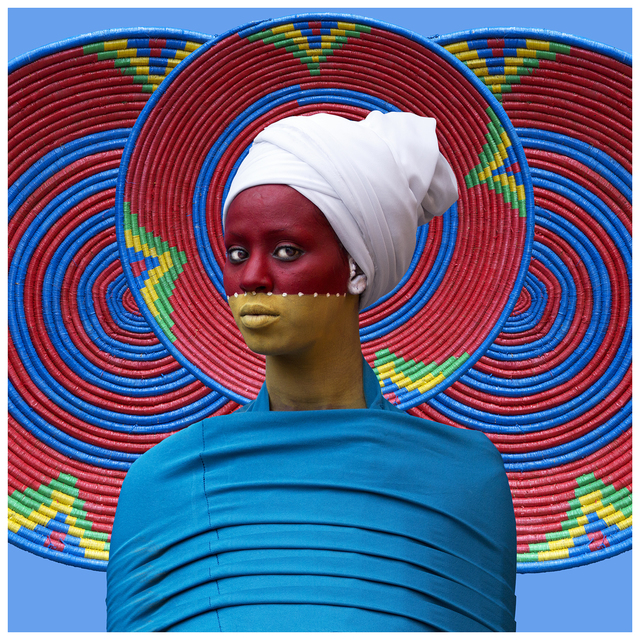 Aida Muluneh is a photographer and founder of DESTA (Developing and Educating Societies through the Arts) in Addis Ababa, a non-profit organization that focuses on photography workshops and exhibitions. Muluneh believes that Africans should document and show their own realities. She was born in Ethiopia but spent her adolescence in places such as Yemen, England, Cyprus, and Canada. Abroad she was impacted by the images of Ethiopian famine that were pervasive throughout the West. When she returned 30 years later decided to counter those narrow images. Muluneh’s images are neither melodramatic nor edited to be picturesque as one would see in National Geographic. Instead they represent the middle ground between these two extremes, depicting events that occur in one’s daily life, such as in Bread Offering and Coffee Shop, representing both the traditional and more modern scenes that are the faces of the culture. Her photography book, Ethiopia: Past/Forward (2009) depicts a more personal journey through Ethiopia, recording Muluneh’s rediscovery of her birth nation. More recently she participated in the exhibition ‘The Divine Comedy: Heaven, Hell, Purgatory Revisited by Contemporary African Artists,’ in which her work is less candid and instead centers on a model whose body is painted white with red hands and ears and black dots painted down the center of her face – but she still considers the tension of the past (the tradition of body painting throughout Africa) lingering in the present and perhaps stagnating the future. 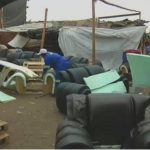 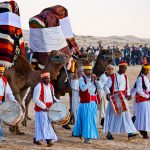