IN 1977 when the Smith regime made a firm decision to assassinate Joshua Nkomo, then head of a guerrilla arm, in Zambia after the shooting down of the Air Rhodesia plane in Kariba, the Selous Scouts (Secret Assassination Organ of the regime) assigned Selous Scout Chris Gough to survey Nkomo’s house, and draw up the road map from the Zambezi to Lusaka.

Gough was ideal since he was born in Zambia and had a Zambian passport. Gough joined the Lusaka Golf Club which was near Nkomo’s house on Nyerere Drive and President Lane which led to President Kaunda’s State House. He monitored Nkomo’s movements.

Back in Rhodesia at the back of Inkomo Barracks, a make-shift house similar to Nkomo’s Lusaka home was built for invasion practice by the Selous Scouts who would be involved in the actual attack.

On April 14, 1979, the attacking Rhodesian Special Air Service Unit crossed the Zambezi at Kariba by boat under the command of Captain Martin Pearce guided by Antony White who had done reconnaissance of Cde Nkomo’s house with Gough. According to the Selous Scouts report, the equipment included seven sable Land Rovers painted in Zambian colours and one special air service vehicle, heavy weapons and grenades. The Zambian intelligence spotted them and thought they were Zambian Land Rovers. 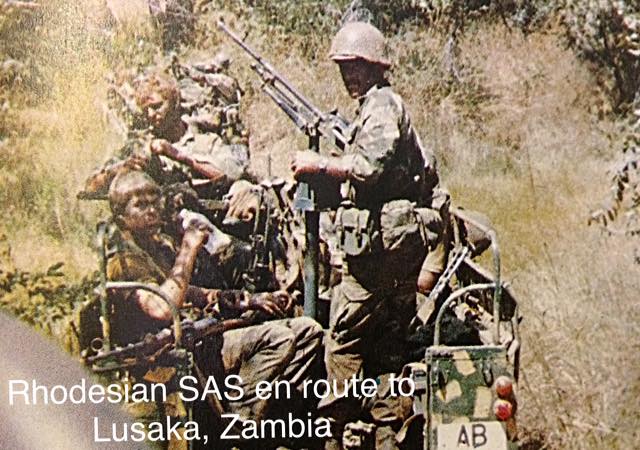 Another group of Rhodesian commandos landed at the Lusaka Golf Club and attacked Nkomo’s safe house (former Celtel headquarters) Joshua Nkomo survived the assassination attempt on his life by sneaking into State House using a “back door”.

When asked asked by a reporter how he escaped the attack. Joshua Nkomo replied that jumped out of a small little window at the back of the house.