Four pro-democracy activists in DR Congo have been sentenced to 12 months behind bars for insulting the president and another seven are being held in secret detention, their lawyers told AFP on Wednesday.

The four were arrested in late December as they were going from house to house, urging people to join a march organised by the Catholic church to demand President Joseph Kabila step down.

“The magistrates court on Tuesday sentenced four activists from the Filimbi movement to 12 months’ jail for insulting the head of state,” their lawyer Jacquemain Shabani told AFP.

A fifth activist arrested with them, Palmer Kabeya, was acquitted, Shabani said.

The prosecution had demanded a three-year jail term for insulting the head of state, publishing subversive literature and incitement of civil disobedience.

Although the demonstration went ahead, police unleashed a crackdown which left six dead and stoked international condemnation.

“They were arrested on September 12 as they were raising public awareness about voting machines,” he said, referring to a controversial touchscreen system planned for the December 23 elections.

The five Filimbi activists were also held without charge by the National Intelligence Agency (ANR) until June before they were brought before a prosecutor, their lawyer said.

Until then, they had had no access to legal assistance nor their families, he said.

Kabila, 47, has ruled the war-torn Democratic Republic of Congo for 17 years and should have stepped down at the end of 2016 when he reached a two-term limit.

But he stayed on thanks to a constitutional clause enabling the president to remain in office until an election is held, sparking protests that were bloodily repressed.

Unable to run for re-election in December, Kabila has backed Emmanuel Ramazani Shadary as his successor, a hardliner who previously served as interior minister.

On Tuesday, Kabila pledged in a speech to the UN that the ballot would go ahead as planned and “everything will be done in order to ensure that these elections are peaceful and credible.”

The Democratic Republic of Congo has not known a bloodless transition of power since independence from Belgium in 1960. 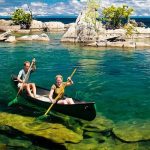 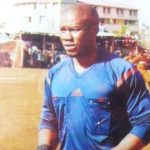