Kanye West’s ongoing flirtation with Donald Trump and conservative politics likely dates all the way back to the time President Obama called him a jackass.

Way back on September 13, 2009, he interrupted Taylor Swift’s acceptance speech for Best Female Video at the MTV Video Music Awards to deliver the infamous line, “I’mma let you finish but Beyoncé had one of the best videos of all time.” The Beyoncé video in question, “Single Ladies (Put a Ring On It)” did in fact win Video of the Year later in the evening, arguably vindicating West’s point and raising the question of how it’s possible that Beyoncé’s video was the best video of the year without being the best female video of the year.

Regardless, the subsequent discourse around the event largely focused on West’s manners rather than the content of his views, leading to Obama slamming West as a “jackass” (unusually harsh language for Obama, who never referred to his political adversaries in this way) and plausibly leading West to develop a bit of a grudge against the president.

Most voters are not individually called out by politicians of Obama’s stature, but for an emotionally striking incident to be significant for an individual’s political development would be normal rather than extraordinary. Indeed, Milton Lodge and Charles Taber in their 2013 book The Rationalizing Voter argue with considerable experimental evidence to back them up that semi-conscious emotional responses drive most actual political behavior.

Years later, we have West wearing a Make America Great Again cap, blaming enslaved people for their own enslavement, and otherwise engaging in what Lodge and Taber describe as a process whereby conscious deliberation about political issues serves to mostly backfill what’s already been triggered automatically.

West’s unusual combination of celebrity and determination to speak about politics without really knowing much about it make his recent Trump bromance an exciting internet distraction. But his behavior and “ideas” about politics aren’t unusual at all.

Rather, what’s unusual about West is that he engaged with politics largely the way that research suggests most people do, rather than in the way the idiosyncratic minority of people who dominate political punditry do. That makes him a fascinating illustration of many political science themes about the dynamics of public opinion.

Black voters were not unusually Trump-averse

But while the conventional wisdom in progressive circles has been that Trump ran a uniquely toxic campaign on racial issues, there was no sign of increased racial polarization in voting behavior. Exit polls showed Trump getting the exact same 7 to 8 percent of the black vote as Mitt Romney scored.

In other words, while black Republicans are rare, black Trump voters aren’t uniquely rare. Black Republicans are mostly men, with both Trump and Romney earning three or four times as much support from black men as they did from black women. In the population, overall income correlated with Republican voting, but educational attainment corresponded with Democratic Party support.

Consequently, it’s not all that rare in the scheme of things for a wealthy black man with no college degree like West to vote Republican. And there’s no evidence of unique aversion to Trump in particular.

People rationalize rather than reason

Since his affection for Trump became a matter of public controversy, West has started offering various ill-considered ideas about American history to justify it, ranging from blaming enslaved black people for their own enslavement to offering the insight that Abraham Lincoln was a Republican.

What’s notable is that not only does West seem to have given remarkably little thought to these topics, he also has no record of espousing these views until this spring.

In their 2006 paper “It Feels Like We’re Thinking: The Rationalizing Voter and Electoral Democracy,” Christopher Achen and Larry Bartels show that this is a fairly typical pattern. Rather than forming beliefs about political issues and then forming opinions about political leaders or parties based on those beliefs, voters demonstrate primary allegiance to a political party and then “learn” the correct views for a member of that party to hold. One interesting consequence of this is that voters who pay more attention to politics can be more misinformed about certain issues.

Of course, it’s interesting that West would respond to anger at Obama by affiliating himself with conservative politics, when one might have seen it more as a case for a left-wing critique of Obama as a practitioner of a form of respectability politics — opportunistically leaping in to defend the honor of a threatened white woman with tough talk he would never direct against a white person.

And that raises another point.

Normal people are not very ideological

American political elites are highly ideological. Their views, in other words, are tightly organized in predictable ways. If you tell me what a member of Congress or a professional political pundit or activist thinks about raising income tax rates on high-income individuals, I can use that information to forecast their opinions on abortion rights, the nuclear deal with Iran, climate change, and most other topics with a high degree of reliability.

But a long line of research into public opinion, updated recently by Donald Kinder and Nathan Kalmoe in their book Neither Liberal nor Conservative for the era of high partisan polarization, shows that most normal people do not exhibit this same level of coherent and well-organized belief systems. West, in this regard, again seems like a very typical American, telling Charlemagne Tha God that his ideal combination would be “maybe the Trump campaign and maybe the Bernie Sanders principles. That would be my mix of stuff. But I think both are needed.”

Rather than ideology as it would be understood by a political pro, Kinder and Kalmoe argue that political behavior is driven by group identity dynamics.

In West’s case, his driving force seems to be an antipathy to standard-issue African-American political loyalties. He keeps invoking the concept of “free thought” and clearly rebels at the notion of conforming to black political norms.

For most African Americans, group identity considerations pushed loyalty to Hillary Clinton in both the primary and the general election. But West’s self-identification as a free-thinking rebel against conformity pushes him in the opposite direction.

There is something vaguely absurd about an extremely wealthy person choosing to align himself politically with the incumbent president of the United States — a president whose main policy achievement has been a large reduction in taxes paid by rich people — and then portraying that decision as the result of bold free thinking.

But West is onto something.

Most African Americans align with the Democratic Party for reasons that are explicable in terms of broad attitudes. But one noteworthy aspect of black partisanship is that support for Democrats is high even among African Americans who self-identify as ideological conservatives. Some of that is due to the existence of a distinct “black conservative” political tradition — think Booker T. Washington, Marcus Garvey, and other apostles of black self-help and separatism — that aligns poorly with mainstream white conservative politics.

Specifically, they examine American National Election Survey responses and show that “black respondents are more likely to identify as Democrats in the presence of other blacks” and that this effect is especially large for African Americans who self-identify as conservative. They argue that “high degrees of social interconnection among blacks constrain even those who have ideological reasons to defect from the group norm of supporting the Democratic Party (i.e., black conservatives) from doing so.” African Americans, in other words, interact frequently with other African Americans who pressure them to conform to the group norm of supporting Democrats. John Legend’s texts to West, specifically reminding him that many people “feel so betrayed right now because they know the harm Trump’s policies cause, especially to people of color,” is a textbook illustration of the dynamic Laird and her co-authors cite.

Laird, White, and Troy Allen found in earlier research on conflicts between self-interest and racial group interest that “radicalized social pressure and internalized beliefs in group solidarity are constraining and depress self-interested behavior.”

Legend clearly has internalized that belief in group solidarity (in part because, obviously, even relatively privileged African-Americans have a genuine interest in anti-racist politics succeeding) and is attempting to deploy racialized social pressure to get West to do the same. It doesn’t seem to be working, because West’s identity appears to be tied up specifically in resisting pressure.

Kanye is an unusual person but a typical voter

West is, obviously, an unusual person on a number of levels.

In particular, while it’s not that rare for a celebrity to become outspoken about a pet political cause, most celebrities shy away from partisan politics since it’s a move with obvious career downside. Consequently, those celebrities who do self-select into political engagement tend to be unusually interested in politics and, like professional pundits and other political elites, have fairly well-elaborated ideological worldviews.

West, by contrast, is unusual in that he approaches politics much more like a normal person but unlike a normal person can get large amounts of media attention for his thoughts. This itself makes him worth paying attention to, since political pros can fall into the trap of projecting their own approach to politics onto the mass population, often falling for the “pundit’s fallacy” of asserting that voters want whatever it is the writer himself happens to want.

The reality is that real people are more like West, driven by gut-level emotional reactions to events and group-loyalty dynamics, rather than issues or coherent ideology. 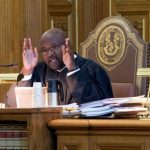 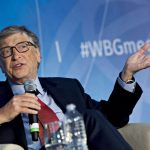