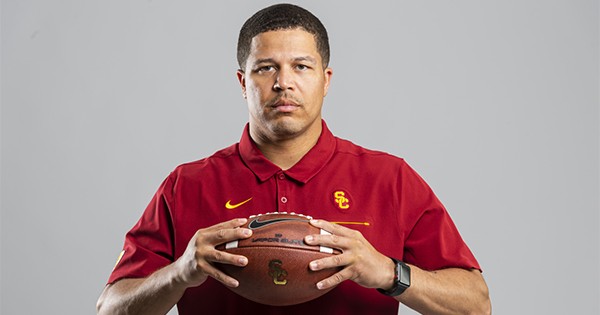 Donte Williams, who is only 39-years old, has made history as the first Black head football coach at the University of Southern California in over 140 years.

“I feel like this is the opportunity I was born for,” Williams said in a video shared on USC football’s Instagram page. “To be the first African American head coach at USC means a lot to me. I mean it’s a lot of people that came before me that have paved the way for me to have this opportunity.”

For more than 12 years, Williams has been working as a coach for other college football programs such as Oregon, Arizona, San Jose State, and Nebraska.

Williams, who is also a former recruiter and associate head coach, now serves as the interim head football coach at the predominantly white institution since former coach Clay Helton was fired. Williams recently led the USC Trojans to a 45-15 win against Washington State University at their first away game.

Despite a large number of Black football athletes in the elite Power Five conferences, Black coaches are still disproportionately assigned. Williams is only the 5th head football coach who is Black in the Pac-12 conference this year alongside Stanford, Arizona State, Washington, and Colorado.

Since 2015, no head coach who is Black has been hired for any of the Power Five conferences for the first time and 3 of the 11 head coaches even lost their jobs last year. 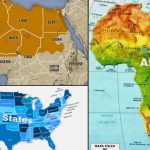 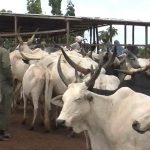