Search
Menu
Search
The discovery of three planets that circle a small, dim star could bolster the chances of finding life beyond Earth, astronomers said on Monday.
The Earth-sized planets are orbiting their parent star, located in the constellation Aquarius relatively close to Earth at 40 light years away, at a distance that provides the right amount of heat for there to be liquid water on their surface, a condition scientists believe may be critical for fostering life.
The discovery marked the first time that planets were found orbiting a common type of star known as an ultra-cool dwarf, the scientists said.
“If we want to find life elsewhere in the universe, this is where we should start to look,” Michael Gillon of the University of Liege in Belgium, lead author of the research published in the journal Nature, said in a statement.
The discovery was made using Europe’s Transiting Planets and Planetesimals Small Telescope, or TRAPPIST, located at the La Silla Observatory in Chile.
The telescope finds planets by looking for changes in the amount of light coming from a star that may be caused by a planet passing by the telescope’s line of sight. The smaller the background star, the easier it is to detect and measure these transiting planets.
Though the newly found planets are about the size of Earth, their host star is just 8 percent of the size of the sun and less than a half a percent as bright, the scientists said.
So far, astronomers have found more than 2,000 planets beyond the solar system and are developing techniques to scan planets’ atmospheres for gases related to biological activities.
source: Tori.ng
Loading...
ALSO READ:  Tesla CEO, Elon Musk Offers To Buy Twitter For $41 Billion
60
SHARES
ShareTweetGet Stories like this
PinterestGoogle 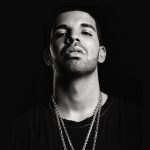