Joburg Mayor Herman Mashaba said on Wednesday that he had caught out 31 officials who allegedly received about R2.7 million in kickbacks from a single service provider registered on the City’s and Municipal Owned Entities (MOEs) database.

Mashaba said that the service provider, who is based in Mondeor south of Johannesburg, received business worth more than R20 million to provide office stationery such as desktop computers, laptops, printer cartridges and toners to the City.

He said the service provider was paid R6 million for 500 desktop computers that were ordered by Group Information Communication Technology department in 2014 but were never delivered, instead they were allegedly sold to other companies.

ALSO READ:  Why Africans Are The Most Vulnerable People In The World

Mashaba said that Joburg officials tasked with placing orders on behalf of their departments and MOEs had allegedly colluded with the said service provider to inflate the quotations to include their cut. He said that in some instances, goods were ordered and not delivered despite being paid for.

ALSO READ:  35-Year-Old Gabon Pastor Drown in a River as He Tries To Walk On Water Like Jesus

The information regarding the kickbacks is contained in documents that were seized by members of the Hawks on Tuesday night working with City officials and metro police after a raid was conducted at the offices of the service provider.

The search and seizure operation was conducted at the premises of the service provider on Tuesday. At least 37 computers worth R750,000 were recovered and the suspect was handed over to the police for further investigation.

Mashaba said the kickbacks were paid in the form of Shoprite money transfers, First National Bank e-wallet payments, cash payments and transfers to individual accounts as each official allegedly had their preferred method of payment.

The rest of the officials are said to be from various other departments, such as Group Communication and Marketing, Department of Finance, Johannesburg Water, City Parks, Joburg Property Company, Johannesburg Roads Agency and Pikitup.

“I want to eliminate corrupt elements throughout the  City, including investigating illicit deals and contracts that were secured by the previous administration and this includes our technology space,” Mashaba said.

“We are going to open criminal cases against the employees and the service provider and ensure they face the full might of the law.” 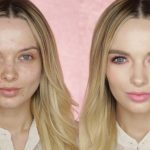 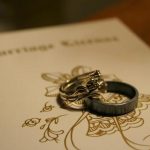