Last week, the president of the World Bank Group (WBG), Jim Yong Kim, conceded his organisation has wrongly advised African governments over the years about the ideal pathway to industrialisation.

He noted that emphasising hard infrastructures like road, rails, and energy backed by loans has not helped Africa industrialise. Unfortunately, this is the argument many critics have presented to the WBG for years, which it failed to heed.

But since the bank has finally realised how flawed some of its policies could be, and the possible consequences on economic development, here are three things it needs to consider if it genuinely wishes to help with industrialisation efforts in Africa. 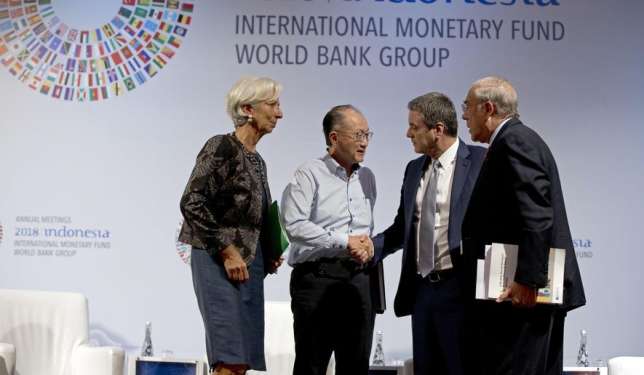 Despite the poor rankings of many African countries on economic and business indexes, the primary reason why people in the sub-Saharan region continue to survive without equitable government help, lies in the strength of the informal sector. As such, there is no greater way to usher Africa’s industrialisation other than efficiently strengthening this sector.

It is currently the largest employer of labor – 66 percent of total employment in sub-Saharan Africa. And already, the WBG is doing well by changing its aid strategy with more interaction with people in need rather than governments, which of course, deserves commendation. However, the positive result of focusing assistance on people rather than governments underscore why it should switch policies to completely focus on individuals in terms of financial assistance.

Ordinarily, Africans should have no reason to look at the WBG for aid if the credit systems at home were good. Many of the street hawkers and roadside engineers that power this grey economy still heavily depend on the traditional revolving loan schemes that can only supply a fragment of capital required to do business. In a modern economy, small businesses need more than this.

Local commercial banks still offer high interest rates than most individual businesses can afford except in places like Zambia, Rwanda, Malawi and Nigeria, which deservedly, are ranked in the top 10 of the Getting Credit Index. Again, it is not ideal to ask for financial aid but if the WBG appears to be filling the loan void well enough, maybe it could be a good alternative. This is also necessary since two of the key challenges to Africa’s industrialisation – youth employment and women empowerment – have found refuge in the informal sector.

For instance, 74 percent of women employment (non-agricultural) is informal, and eight in every ten young persons in the sub-Saharan region are informally employed. These women occupy the local markets that sprouts in every African cities with their stalls and crafts, while the youth are mostly apprentices or small business owners.

It should not take complicated economic calculations for anyone to know that the best way to address both challenges is to provide accessible soft loans and address other underlying issues like  excessive regulations.

Regulations are eternal enemies of any effort on industrialisation and the WBG must echo this fact to African leaders. The idea that business owners, especially of larger corporations, should be subjected to strict state monitoring to guarantee commercial fairness, is vague. In fact, the more governments tend to constrict businesses to multiple regulations, the less innovative and productive they become. Even the small businesses are victims, too.

There are regulatory measures and unending bureaucracies usually created by local governments and trade unions that affect the growth capacity of these businesses. Prevalent among them are issues of business registration, tax and royalty payments, and quite often, land occupation. These have altered the growth of millions of small businesses and it is a reason only one African country ranks in the top 70 of the Ease of Doing Business Index.

The WBG as a key creditor to African governments can be influential in changing this trend.

Perhaps, the one thing critics of the WBG have accepted is that the bank will continue to give loans to governments so far they need them with less regard for their record on tolerance or human rights. On the contrary, there cannot be a sustained effort towards industrialisation if the social and political substructures are tyrannical. Modern economics is more tied to politics and justice than ever – far tied than Adam Smith argued.

The Word Bank should not exclusively focus on giving out loans without making governments own-up to respect individual freedoms. Of course, the argument here is not about whether the bank’s duty should be strictly financial or not. However, the reality of contemporary political economy demands a creditor ensure its monies are not spent on persecuting the targeted beneficiaries but efficiently used to help them. But in Africa, this is often the unfortunate reality.

The WBG has no option but to demand African leaders be more transparent and judicially responsible to their people. They must know that regardless of how perfect an economic plan may be, if the political system is not democratic with the rule of law respected, economic progresses would always be drawn aback. However, should any African leader not be willing to comply, then such leader deserves no help. It is that simple.