A vast continent stretching from the deserts of the Sahara to the fertile tracts of Nile, from the Atlas mountains in the north to the Cape of Good Hope in South; this might be the first picture that comes to our mind, while you think about Africa. There is more to Africa than just the natural, scenic beauty of landscapes. Africa also has a rich tradition of leaders, environmentalists, sportsmen and statesmen. 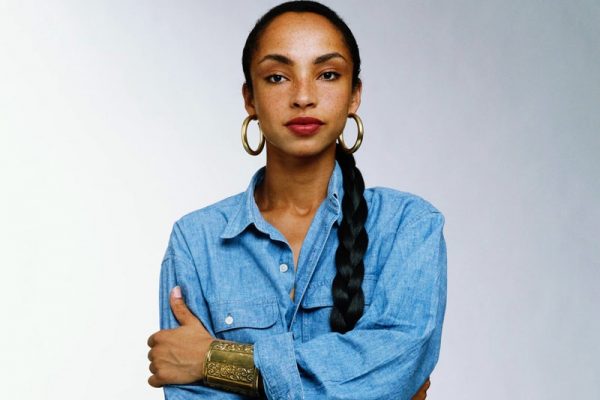 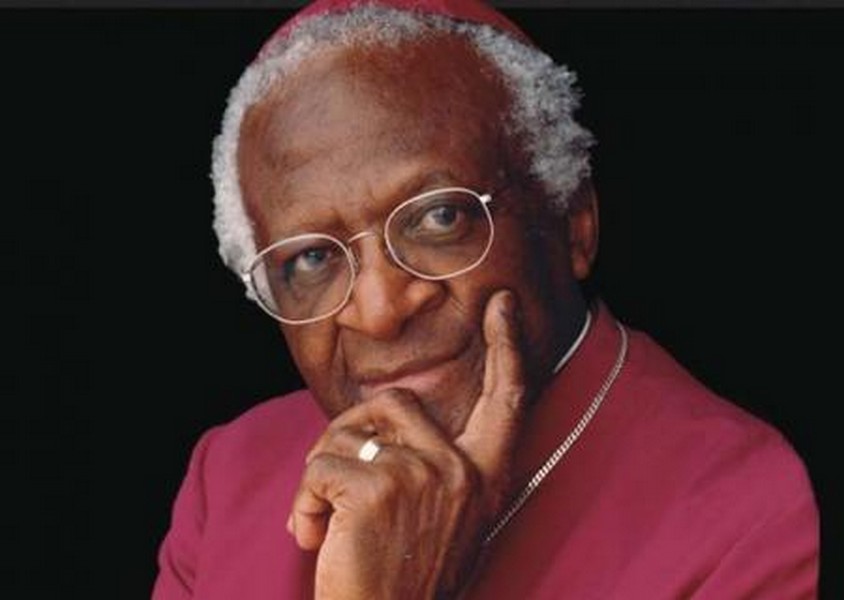 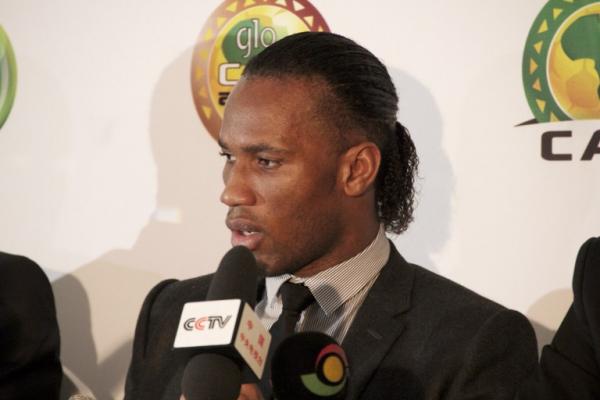 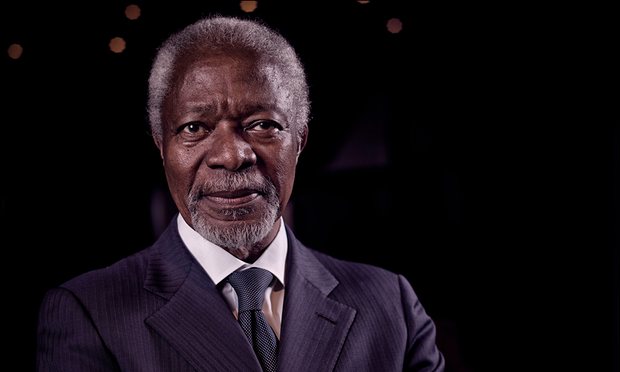 Africa has produced many heroes and it is a herculean task to summarize their great deeds. Let’s glance back at the life histories of some famous and powerful personalities from Africa:

Wangari Maathai
A famous environmentalist from Kenya, Wangari Maathai is the first woman from the under privileged region of East and Central Africa to have attained a doctorate. Wangari Maathai led a life full of struggle. Well-known for the “Green Belt Movement”, she has inspired many people the world over to take up the cause of afforestation.
Wangari Maathai was born on 1st April, 1940 in a Kikuyu family, an ethnic group in Kenya and came from the Ihithe village of Nyeri District. She did her schooling at St. Cecilia’s Intermediate Primary School.

After completing graduation from the Loreto High school in Limuru, Maathai received a scholarship for studying at Mount St. Scholastica College in Kansas, USA. Biology was her major subject for graduation.

Maathai’s brilliant academic record became the driving force in her quest to pursue higher education. She went on to pursue a Master’s degree in biology at the University of Pittsburgh.
Returning to her homeland was not a pleasant experience for Maathai. Despite her great achievements, Wangari Maathai had to face gender bias in her own country; she also found it difficult to get a job. However, she didn’t lose hope and finally got employed as a research assistant at the School of Veterinary Medicine in Nairobi. In 1971, Wangari Maathai became the first woman from East Africa to attain a Doctorate in Anatomy.

Dr. Maathai was an activist by nature and worked with organizations like Red Cross Society, United Nations Environment Programme and National Council of Women of Kenya. 5th June, 1977 was a historic day in the life of Wangari Maathai as the first sapling of “Green Belt Movement” was planted. The main objective of Green Belt Movement was to preserve native plant species by creating nurseries. The nurseries were also meant to provide income to women and their families.
Wangari Maathai’s husband filed for divorce in 1979. She also lost elections for the post of chairman of the National Council of Women of Kenya. However, her personal problems and failure in elections didn’t stop her from continuing the social activities associated with Green Belt Movement. Many non-governmental organizations from European countries supported the cause of environmental conservation taken up by her.

Dr. Maathai was often referred to as a crazy woman who opposed developmental activities going on in the country; however, it didn’t deter her from pursuing a hard battle of saving trees. Once she was even attacked by miscreants during a tree plantation program.
Resilience was one force which helped Wangari Maathai to deal with failures in life. Finally, in 2004 Dr. Maathai was awarded the Nobel Peace Prize; she passed away on 25th September, 2011.

Nelson Mandela
One of the greatest leaders of the 20th century, Nelson Mandela demonstrated immense courage, patience and determination to free his nation from the shackles of apartheid. Born on 18th July, 1918 in Transkei, South Africa, Mr. Mandela became the President of South Africa in 1993. Before becoming the president, he had to spend 27 years in prison. Mr. Mandela is also known by the honorary title Madiba in South Africa.

Nelson Mandela left for Algeria in 1962 for military training. He was arrested after his return and charged for illegally fleeing the country. Mr. Mandela was sentenced to five years of rigorous imprisonment. He was charged with sabotage while serving this five-year sentence and further sentenced to life imprisonment.
Mandela’s popularity grew after he was imprisoned. Robben Island, where he was sent for serving the term, became the ‘center of learning’. Mandela organized political education classes in the jail. He refused to accept the remission offered to him in the 70s and 80s decade.

Mr. Mandela never compromised with his ideologies for the sake of remission; he was finally released on 11th February, 1990. The armed struggle against the government was stopped immediately. Nelson Mandela greatly influenced the struggle against apartheid during his stay in jail.
On 10th May 1994, Nelson Mandela became the President of South Africa and completed his term in 1999. He was the first President to be elected democratically in the history of South Africa. Mandela retired in June 1999 and went to reside in Transkei, his birthplace.

Kofi Annan
The former Secretary-General of United Nations, Kofi Annan was born in Kumasi, Ghana on 8th April, 1938. He was the seventh Secretary-General and served two terms starting from 1st January, 1997 to 1st January, 2007.
Mr. Annan is known for the reforms he brought about in the functioning of the United Nations. His priorities included the following:
Strengthening the operations carried out in the areas of security and peacekeeping.
Promoting the virtues of equality, human dignity and tolerance.
To reinstate people’s faith in the United Nations by forging ties with new partners in economic and cultural spheres.

Kofi Annan influenced world politics positively and tried to resolve conflicts between different nations in a peaceful manner. During the invasion of Iraq in 2003, he did not permit the US and UK to go ahead without the consent of United Nations. The transfer of power from African Union peacekeeping mission to the United Nations took place peacefully in Sudan; Mr. Annan played a vital role in this process of peaceful transition.
Addressing the HIV/AIDS pandemic was at the top of his priority list. For the same reason, he proposed to set up a ‘Global AIDS and Health Fund’. This was an attempt to increase the funding to battle the menace of AIDS. He tried to work in the sector of women empowerment in collaboration with a few Arab and Muslim nations. On 10th December, 2001, Kofi Annan was awarded the Nobel Peace Prize.
In his farewell address on 31st December, 2006, Mr. Annan shared his views regarding the unjust world economic policies, violence in Middle East & Africa and the issue of human rights.

Desmond Tutu
The world-famous religious leader Desmond Mpilo Tutu was born on 7th October, 1931 in Klerksdorp, Transvaal South Africa. Bishop Desmond Tutu was honored with many awards, including the Nobel Peace Prize in 1984.
Desmond Tutu studied at the Johannesburg Bantu High School. Before graduating from the University of South Africa in 1954, he took training for teaching from the Bantu Normal School in Pretoria.

After teaching in high school for three years, Desmond Tutu went to England to pursue a Master’s course in Theology. He served on many respectable posts including the Dean of St. Mary’s Cathedral located in Johannesburg, Bishop of the country called Lesotho and General Secretary of the South African Council of Churches.
This famous theologian voiced his opinion fearlessly against apartheid and xenophobic violence in South Africa. He also criticized Robert Mugabe, the President of Zimbabwe for racist violence against white people.
Desmond Tutu advocated free trade between developed and poor nations. Tutu’s following statement made at the 31st G8 Summit at Gleneagles, Scotland in 2005 speaks a lot about his in-depth study and concern for poor nations.

“I would hope they would begin to say, ‘let’s to do something about subsidies’. You ask the so-called-developing world, ‘Why can’t you people produce more?’ – and they produce – and then they find that the markets have barriers that are put down or are clobbered twice over.”

A counselor at ‘One Young World’, an organization trying to bring together 1500 leaders of the morrow, Desmond Tutu holds immense faith in today’s youth.

Didier Drogba
Didier Yves Drogba Tébily was born on 11 March, 1978 in Abidjan, Ivory Coast. He is the captain of the national team of Republic of Côte d’Ivoire (Ivory Coast). Drogba has also played for the English football club, Chelsea. He is placed 4th in the all time list of highest goal scorers for Chelsea.
Today, Drogba is not just any other soccer player. His social work has propelled him to the status of youth icon in Africa; which is why his efforts in the area of social work need to be appreciated. On 24th January, 2007, the United Nations Development Programme (UNDP) appointed him as a Goodwill Ambassador.
In 2006, Didier Drogba made an appeal to his countrymen, especially the combatants, to end violence by laying down arms. Surprisingly, the combatants responded positively and laid down their arms; the ceasefire brought an end to the civil war that had raged for five years. Drogba’s contribution to the peace process earned him a place in year 2010’s Time Magazine’s list of world’s 100 most influential people.

The ‘Didier Drogba Foundation’, established in 2007, works in areas like healthcare and education for improving the quality of life of Africans. Drogba has donated his personal funds for the cause. He is one of the few celebrities in the world who work for the welfare of the impoverished and weaker sections of society.

Apart from the famous personalities mentioned above, there are many Africans who have gained attention worldwide. The details about name, country and profession of these people are presented below:
Nick Price
Country: Zimbabwe

Profession: Secretary-General of the African National Congress and anti-apartheid activist

Profession: Playwright, Poet and winner of Nobel Prize in Literature

Profession: President of Egypt and winner of Nobel Peace Prize

The works and sacrifices of these great souls of Africa will inspire people from all over the world for a long time to come. They have laid a path for progress for new generations. Let’s resolve to carry their good work forward.