Gibson Kawago is a 23-year-old tech savvy student of the Dar es Salaam Institute of Technology who was disappointed by the unavailability of power in his grandmother’s village, designed a solar power equipment to help provide the house with electricity. 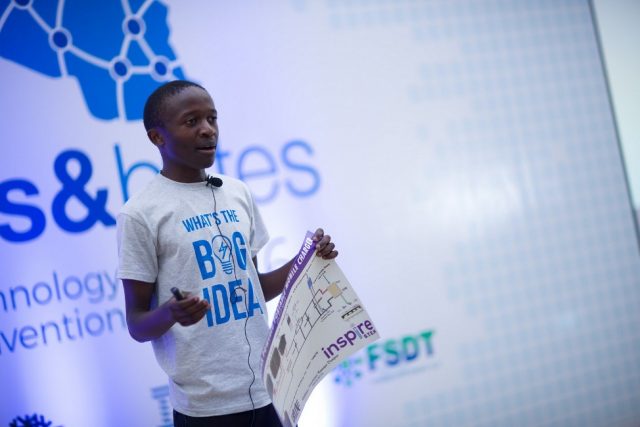 His disappointment happened the day he had tried to show his grandmother the footage of his sister’s wedding but could not because he had run out of charge on his battery and there was no electricity in the village. This one incident began to give him ideas on how he could make living in the village better and he designed a solar system charging gadget.

To make the charging system, Gibson said in a statement “I had to find a solar panel and connect it to the diode that links the solar power to the battery charge which henceforth takes electricity to the phones. Diode is like a protector because the phone can hardly catch any glitch even when it gets exposed to negative route”.

Designing this system has provided the village with the power they need for appliances and even after his grandmother had passed on, members of the community still benefit from his device and don’t have to seek power from the neighboring village again.

The Engineer who was raised in the Mafinga District has also designed and created a solar-powered water pump which he had designed to help the farmers in the village deliver water to their household and perform irrigation activities on their farmlands. He is also working on a project which he calls the “Wanted Smart Box” which is a portable bag to be used as a solar powered brightening light in 180 degree.

He sees himself becoming a young multitalented and successful innovator in the next five years with dreams of setting up businesses which will provide employment for people in Tanzania and Africa.

In April 2018, he was awarded for the Nguvu ya Uthubutu Awards in the ICT and Innovations category for his designs after a whole month of voting.

He encourages upcoming innovators to be creative and urges them to not complain about lack of funds but try to use materials which they can source for locally to bring their dreams to life.