The Four Principles of a Well Designed Flag

Before we delve into the rankings, I must first explain the criteria for my rankings. Allow me to Introduce to you The Four Principles of a Well Designed Flag (TM, Copyright, Patent Pending) which happen to be somewhat similar to the criteria I used to rank the license plates:

#10: Barbados
The only “North American” entry in my top 10 belongs to this tiny Caribbean nation. They did a nice job of fusing a traditional tri-color flag with a clear symbol that appropriately reflects the island nation. The color is a little muted, but that trident is just too dang cool.

#9 Brazil
Brazil gets bonus points simply because their flag translates well to their soccer jerseys. It’s the most awe-inspiring kit out there. But what makes this bandeira top 10 worthy is its curved arch that gives the circle element a sense of depth not seen on many other flags. Ordem e Progesso indeed.

#8 Bhutan
One of the most isolated countries on Earth has surprisingly one of the best flags. It has a unique color set (not red or blue) and pulls off a subtle diagonal. I can imagine the teams athletic jerseys if only they competed! But let’s be honest this flag has a dragon holding four orbs. What is better than this? (Clearly, 7 others).

NOTE: Rachel disagrees with me on this one. She doesn’t like the dragon and thinks its too complex to put on a flag. When I asked her to point out a simpler dragon, she recalled Trogdor. She wants consument V’s, consument!

#7 East Timor
This flag is sharp. Solid color is in use with many standard flag elements (triangle and star, see Cuba, Puerto Rico) but where it sets itself apart is the tiny sliver of gold that forms an oblong triangle. It’s the subtle touches that tell the story.

#6 Albania
Bold, Confident, Traditional, and Pride are the emotions that are evoked looking at this stunningly simple banner. Ultimately, this is a battle flag, and being a Balkan state this has been followed into many wars. Wait, I’m probably delving too much into David’s territory here, but if he wanted to fight about it, I’m bringing this flag with me. Also, you may notice this is the only flag with an eagle that made the list, but its a double eagle all the way the across the sky (remember this craze?).

#5 Uganda
David’s home for the past year makes my list mostly due to its color. They also take the tri-color to a new level by repeating the yellow, red, and black bands. The crested crane is a bold choice in a landscape dominated much more intimidating birdlife (see #6).

#4 Switzerland
This flag is on the list because of its understated simplicity. Yet, this flag also fits the Swiss persona so well. I think that Swiss designers are constantly inspired by their flag. Just look at the Swiss influence in Typography and products like Swiss Army Knives. The are all understately simple. Coincidence? I think naught.

#3 Kyrgyzstan
This flag represents the hope of a people who are in need of some hope. Yet the flag remains simple, has good color, and the symbol would make for a nice patch on an athletic jersey. 4 for 4!

#2 Saudi Arabia
This is a sharp, sharp flag. Why sharp twice? Because the Arabic typeface in use looks sharp, and that sword looks sharp. It’s also a fitting representation for a country that still uses swords to chop off the hands of thieves.

#1 United Kingdom
It may be shocking to you, but the flag I like the most from a design perspective is that of the United Kingdom. The Union Jack just hits it on all levels. It uses space well, forms an interesting pattern, and the colors are labelled appropriately. The texture in the details of the flag is also done well, it gives it a solid layered feel. It also is fashionable (oversized hats withstanding) and allows Team GB to confidently compete in style. I selfishly hope that England, Scotland, Northern Ireland, and Wales stay in a union just to preserve this flag. 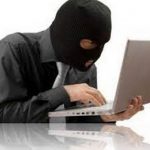 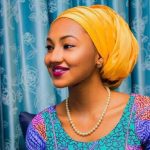