While making an appeal for $29 billion in humanitarian aid from donors, the UN’s emergency relief chief says a record 168 million people worldwide will need help and protection in crises spanning more than 50 countries in 2020.

Climatic shocks, infectious disease outbreaks and intensifying, protracted conflicts, have resulted in global needs increasing by some 22 million people in the past year, Mark Lowcock told journalists in Geneva, at the launch of the UN humanitarian affairs coordination office’s (OCHA) Global Humanitarian Overview.

Update on floods in Kenya🇰🇪:

144k people are affected by the ongoing heavy rains
& floods, according to @KenyaRedCross.

Sharp increases on food prices have been reported in Mandera, Wajir & Marsabit, hampering access to food for the most vulnerable.

“In 2020, nearly 168 million people worldwide will need humanitarian assistance and protection,” he said. “That represents about one person in 45 on the planet. It is the highest figure in decades.”

On current trends, our projections show that more than 200 million people could be in need of assistance by 2022 – OCHA chief, Mark Lowcock

Another disturbing trend is that armed conflicts “are killing and maiming a record number of children”, Mr. Lowcock explained. “More than 12,000 in fact were killed or maimed in conflict in 2018, and 2019 has been worse.”

In addition, women and girls were at higher risk of sexual and gender-based violence than in the past, and one in five people living in conflict areas has a mental health condition, he said.

In a call to donors, the UN relief chief said that the UN and partner organizations including the Red Cross and other non-governmental organizations “will be aiming to assist 109 million of the most vulnerable people”. 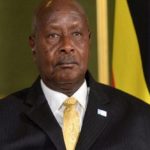 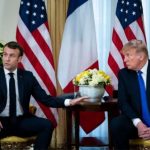