The Football World Cup begins June 14, 2018, in just 72 hours. At a time when all eyes are turned to Russia, theater of operations, Afrikmag presents five new records on the competition.

The FIFA World Cup is in its 21st edition. Since 1930, the best stables are found to measure their strengths. Several records have been set, ranging from the highest number of goals scored in a finals, to the country that holds the participation record. Here are five world cup records that you may not know!

ALSO READ:  US To ‘Re-Engage’ With UN Rights Council After Trump Pullout

The largest number of spectators in a final phase

World 1994 is currently the most watched edition by spectators. At the 15th edition in the United States, the stadiums posted on average 68991 spectators. On the other hand, the 1938 World Cup in France was the one that was the least followed with 20872 spectators on average.

Most goals scored in one edition

The record for participation in the World Cup

The record of participation in the World Cup is held by Brazil. La Seleçao is the only team to have participated in all the finals of the Fifa World Cup. It therefore accounts for 21 participations. Brazil is also the only country to win 5 trophies. He is followed in this record by Germany and Italy (4 wins each).

The record of goals scored by a team

Do you guess which team has scored the most goals since the World Cup was created in 1930? Well, it’s the German team! The National Manschaft scored 224 goals in the World Cups in which they participated. It has three lengths on Brazil.

The participation record for a player

Match with the most goals

On June 26, 1954, Austria defeated Switzerland 7-5 in the quarter-finals of the World Cup. This game remains today, the one that has recorded the most goals, 12. 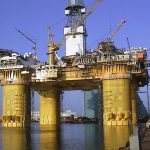 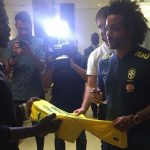