Successful people in every field are often said to be “blessed with talent” or even just lucky. But the truth is, many worked harder than the average person can even imagine. Here are 16 People Who Didn’t Reply On brains Or Talent But Worked Incredibly Hard To Succeed!

From athletes like Michael Jordan to executives like Howard Schultz, these people are known for waking up early and working toward a goal while other people are still in bed, and staying later than everyone else too.

Old fashioned hard work. Anyone can do it. Let these people be an inspiration! 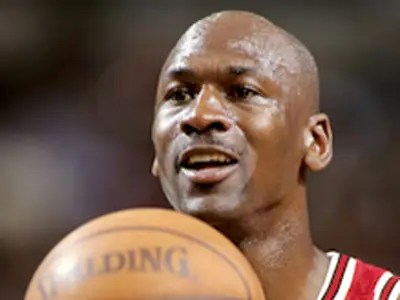 Michael Jordan had prodigious physical gifts. But as his long time coach Phil Jackson writes, it was hard work that made him a legend. When Jordan first entered the league, his jump shot wasn’t good enough. He spent his off season taking hundreds of jumpers a day until it was perfect.

In a piece at NBA.com, Jackson writes that Jordan’s defining characteristic wasn’t his talent, but having the humility to know he had to work constantly to be the best.

2. Starbucks CEO Howard Schultz continues to work from home even after putting in 13 hour days 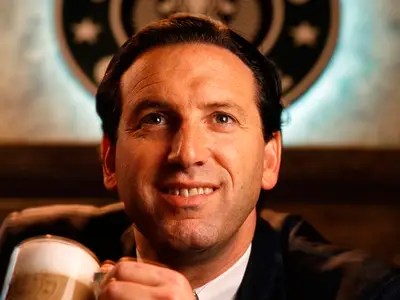 Starbucks CEO Howard Schultz must be a frequent consumer of his company’s products to maintain his frenetic schedule. Since returning to turn around the company, he gets into the office by 6 in the morning and stays until 7.

Schultz continues talking to overseas employees even later at night from home. He goes into the office on Sundays and reads emails from his thousands of employees on Saturdays. 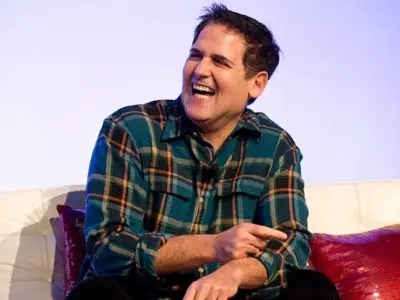 At first glance, the amazing success of Mavericks owner and entrepreneur Mark Cuban looks like a stroke of luck. He sold his first company at the peak of its value, and got into technology stocks at exactly the right time.

Cuban writes on his blog that it took an incredible amount of work to benefit from his luck. When starting his first company, he routinely stayed up until two in the morning reading about new software, and went seven years without a vacation.

4. Phillies pitcher Roy Halladay’s workouts are so intense, others can’t make it halfway through them 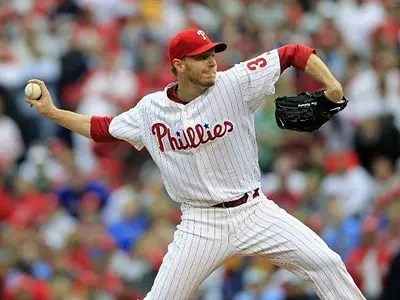 Cy Young award winning pitcher Roy Halladay is one of the hardest working man in baseball. According to Sports Illustrated, he routinely puts in a 90 minute workout before his teammates make to the field.

His former pitching coach told SI that when other pitchers attempted one of his workouts, none of them could complete half of it. His pre-game preparation is so intense that he had a personal entrance card to his former team’s training facilities. 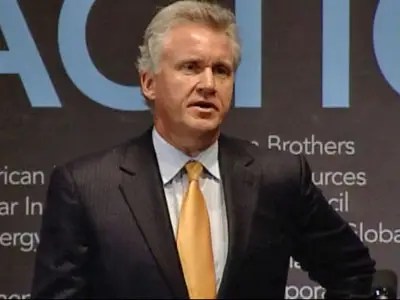 A 2005 Fortune article on GE CEO Immelt describes him as “The Bionic Manager”. The article highlights his incredible work ethic, he worked 100 hour weeks for 24 years. Immelt strictly divides that time, devoting a specific portion of each day to deal with every part of his business.

All of that comes after a 5:30 A.M. workout where he’s already reading the papers and watching CNBC. 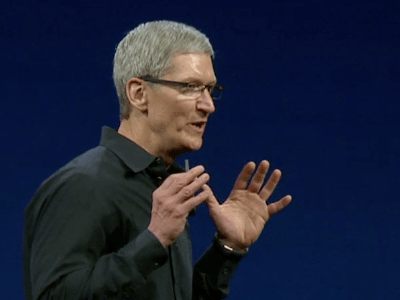 Steve Jobs left incredibly big shoes for Tim Cook to fill. However, the man got the top job for a reason. He’s always been a workaholic, Fortune reports that he begins sending emails at 4:30 in the morning.

Seacrest told the New York Times that even as a young child, his goal was to be a “a classic iconic broadcaster”. He’s moved towards that goal by taking on a preposterous workload.

In addition to hosting American Idol, Seacrest appears 7 days a week on E!, hosts a daily radio show from 5 to 10 A.M., appears on the Today show, runs a television production company, and recently received $300 million in private equity funding to acquire more businesses. 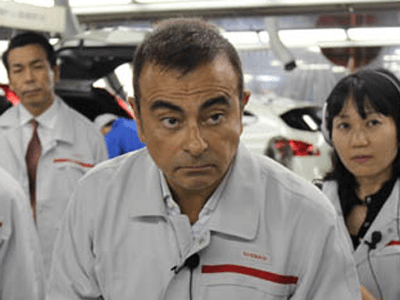 Carlos Ghosn runs two of the world’s largest automakers, which should tell you something about his work ethic. A profile in Forbes describes how Ghosn works more than 65 hours a week, spends 48 hours a month in the air, and flies more than 150,000 miles a year.

His turnaround of Nissan is the subject of many case studies. Within a month he deployed a system that completely changed ingrained practices, helping save a company many thought irredeemable. 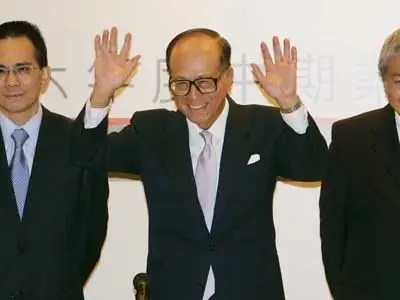 One of the richest men in Asia and a dominant figure in Hong Kong’s economy, Li Ka-Shing started outworking everybody as a teenager en route to building a $21 billion empire.

By age 15 Ka-Shing had left school and was working in a plastics factory. He told Forbes how he quickly became a salesman, outsold everybody else, and became the factory’s general manager by 19. In 1950, he started his own business and did almost everything, including the accounting, all by himself.

9. Venus and Serena Williams were up hitting tennis balls at 6 A.M. from the time they were 7 and 8 years old 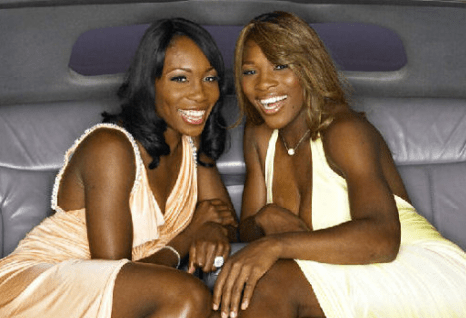 The Williams sisters, who have dominated women’s tennis for many years, were all but raised on the court.

From an extremely young age, their life was, as described to the New York Times “..get up, 6 o’clock in the morning, go to the tennis court, before school. After school, go to tennis…” The Williams family was built around propelling the two towards success in the sport. 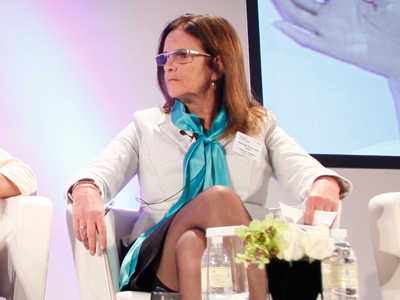 The current head of Brazilian Oil Giant Petrobras spent her childhood in a favela collecting cans to pay for school. She started as an intern in 1978, but quickly became the company’s first female head of field engineering.

Bloomberg reports that her tireless work ethic has earned her the nickname Caveirao, for the armored vehicles police use to clean up crime ridden Brazilian neighborhoods. 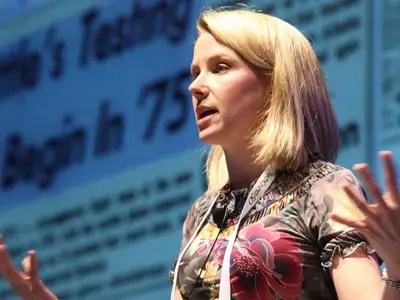 Newly minted Yahoo CEO Marissa Mayer is known for her incredible stamina and work schedule. She used to put in 130 hour weeks at Google, and told Joseph Walker that she managed that schedule by sleeping under her desk and being “strategic” about her showers.

Even people critical of her management style acknowledge that she “will literally work 24 hours a day, 7 days a week.” That paid off with one of the biggest jobs in technology. 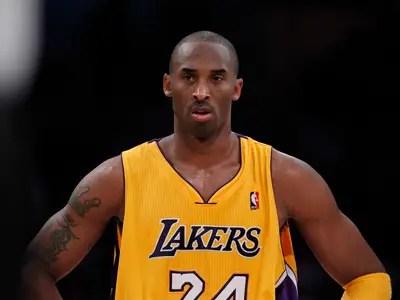 Nobody in basketball drives their body harder than Kobe Bryant. A profile in GQ describes how he has changed his shooting technique repeatedly rather than take time for dislocated and broken fingers.

When growing up outside of Philadelphia, ESPN describes how Kobe would spend his free time endlessly practicing jump shots in the park. The Laker’s staff finds him doing the same thing at their practice facility at all hours of the day and night. 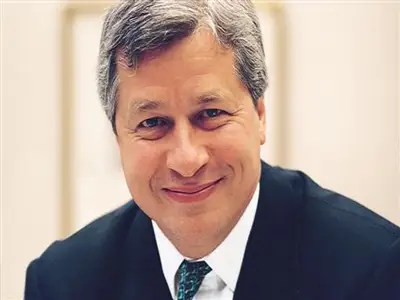 Though tarnished lately by the London Whale scandal, Jamie Dimon has been one of the most successful bankers of the past few decades.

The New York Times reveals that Dimon spends his weekends working through piles of reading and putting together a list of questions with which to grill employees on Monday. Fortune reports that his life is spent almost entirely on work and family, his one hobby is listening to music.

14. Pepsi CEO Indra Nooyi worked the graveyard shift as a receptionist while putting herself through Yale. 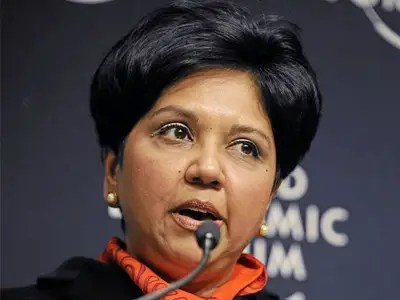 Now of the most powerful and well known women in business, Pepsi chief Indra Nooyi worked midnight to 5 A.M. as a receptionist to earn money while getting her masters at Yale.

In an interview for a speakers series at Pepsi, she describes coming in to work every day at 7, rarely leaving before eight, taking home bags of mail to read overnight, and wishing there were 35 hours a day in order to do more work. She did all of this while raising two young daughters.

15. WPP CEO Sir Martin Sorrell is a legendary workaholic whose employees can expect emails at any hour of the night 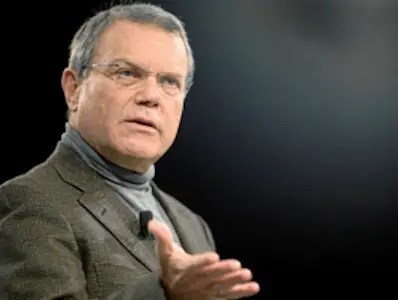 The CEO of advertising giant WPP is described by the Financial Times as a “notorious workaholic and micro manager.” His typical workday begins at 6 A.M. and never seems to end.

A former client described sending Sir Martin a message while he was in a different time zone in the earliest hours of the morning. Sir Martin responded almost immediately.

16. American Idol host Ryan Seacrest hosts a radio show from 5 to 10 A.M. and runs a production company while appearing seven days a week on E! 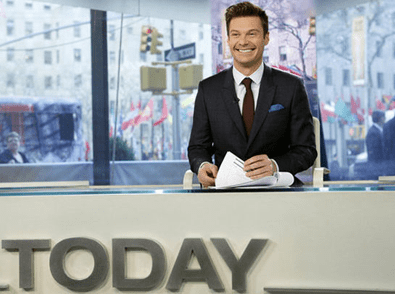 Seacrest told the New York Times that even as a young child,  his goal was to be a “a classic iconic broadcaster”. He’s moved towards that goal by taking on a preposterous workload.

In addition to hosting American Idol, Seacrest appears 7 days a week on E!, hosts a daily radio show from 5 to 10 A.M., appears on the Today show, runs a television production company, and recently received $300 million in private equity funding to acquire more businesses.