Reports say that less than one student out of 1000 will receive a perfect 36 on this college entrance examination, annually. However, 15-year-old Dwight Moore is apparently used to obliterating the odds! Remarkably, Dwight Moore is just a sophomore and has achieved the perfect score this year!

The American College Testing examination is a challenging aptitude test that focuses on mathematics, science, plus advanced language and reading comprehension.

Christian Brothers High School sophomore Dwight Moore scored a maximum score of 36 on the assessment, Local Memphis Newsreports. Moore said he had taken the exam before, but knew this time would be different. He also admitted he was surprised when he received the test results in the mail and thought the scorers had made a mistake.

“I sat there in shock for a second,” Moore told Local Memphis News. “There is no way this is right. It didn’t have the writing score, so I thought this was just a placeholder for later. So I am not getting my hopes up when the writing score came out too, I actually got a 36.”

This week, Christian Brothers High School released a statement congratulating the 15-year-old on his accomplishment.

“Please join me in congratulating sophomore Dwight Moore for his perfect composite score of 36 on the ACT,” wrote CBHS principal Chris Fay. “Dwight is an incredibly polite and humble young man, who is respected by both his peers and teachers. He is a model student at CBHS.”

According to the school’s statement, a minuscule percentage — 1 to be exact — of students who take the ACT earn a perfect score of 36. Among the students who took the exam in 2015, “only 1,598 of more than 1.92 million students earned an ACT Composite score of 36,” the statement also reports. Moore is now an exclusive member of that top one percent.

Last July, a 15-year-old girl from South Bend, Indiana named Love Osunnuga not only got a perfect score on her ACT, but on her SAT, PSAT and AP exams as well, WSBT reports. The then St. Joseph High School senior skipped two grades, first and fifth, and was 16 when she headed to college.

“I was just shocked. I thought you had to be a super genius, like, studied for months and prepared beforehand to get that kind of score,” Osunnuga told South Bend’s local news station.

The ACT, which stands for American College Test, is an assessment that gauges how prepared high-school students are to handle college-level coursework. It’s made up of four sections (Math, English, Science and Reading) and is scored on a scale of one to 36. Students also have the option to take a writing test, which is tallied separately from their composite score.

Per the CBHS statement, all U.S. colleges and universities accept ACT scores. And with scores like Moore’s and Osunnuga’s, the two teens have the choice of attending any university in the United States.

We don’t know if the Dwight Moore wants to leave high school to start college right away. He does still have a couple of years to go. Moore is currently a sophomore student at Christian Brothers High School in Memphis Tennessee. Join us and congratulating him for his well-earned achievement. He is such an inspiration! 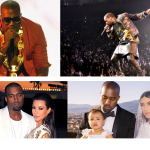 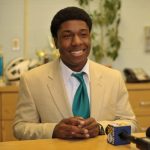