Previous Next
She departed with a dream and returned home a record-breaker. Inspired by the Tuskeegee Airmen, 15-year-old Kimberly Anyadike of Nigerian descent flew a single-engine Cessna cross-country from her hometown of Compton, Calif., to Newport News, Va.

Anyadike is thought to be the youngest female pilot to complete the journey, which took 13 days. She arrived home in Los Angeles on Saturday, July 11.

Anyadike learned to fly at age 12 through the Compton-based Tomorrow’s Aeronautical Museum, which offers aviation lessons in an after-school program for disadvantaged youths, the Los Angeles Times reported. It was their plane that she flew on her cross-country trip.

The brave teenager came up with the idea for the trip on her own, the museum’s founder, Robert Petgrave, told the Times

“I told her it was going to be a daunting task, but she just said, ‘Put it on. I got big shoulders,’” Petgrave said.

Along for the historic ride were an adult safety pilot and 87-year-old Levi Thornhill, one of the Tuskeegee Airmen during World War II.

“They left such a great legacy,” Anyadike said of the U.S. Army Air Corps’ all-black combat unit. “I had big shoes to fill. … All they wanted to do was to be patriots for this country. They were told no, that they were stupid, that they didn’t have cognitive development to fly planes. They didn’t listen. They just did what they wanted to do.” 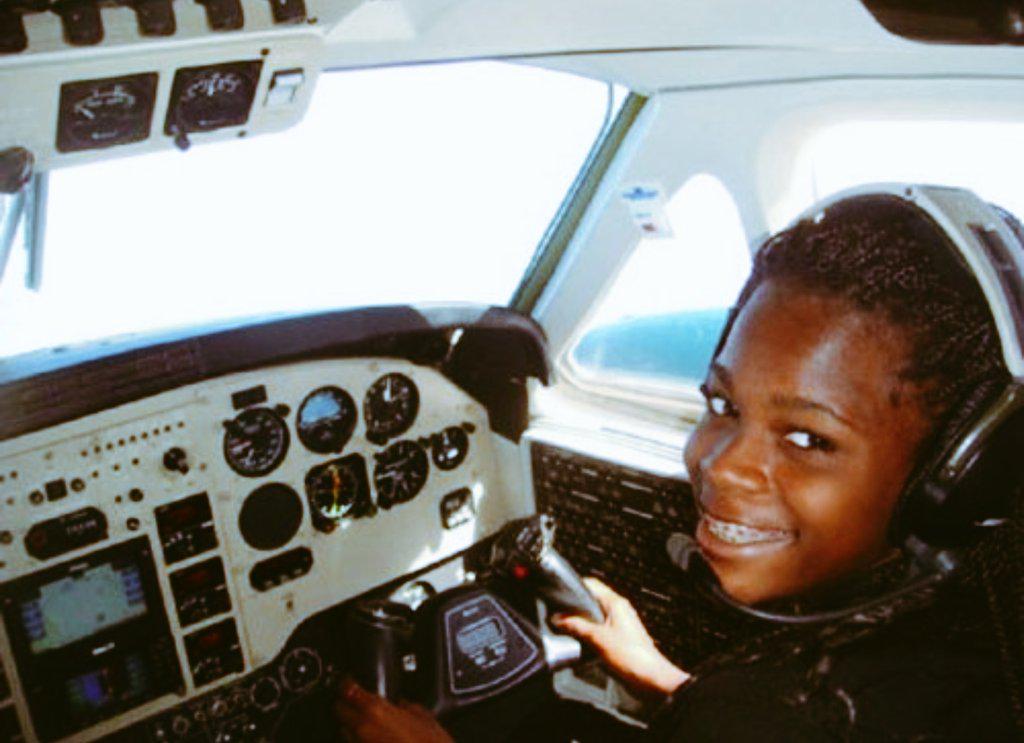 About 50 Tuskeegee Airmen autographed the young pilot’s plane during her journey, the Times reported.

“I wanted to inspire other kids to really believe in themselves,” Anyadike said.