Check out a few amazing facts about africa. 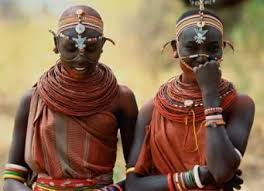 1)The Gambia has only one University

2)Equotorial Guinea is the only spanish speaking country in Africa

3)South Africa is the most Visited African Country

4)Nigeria has the richest black people in Africa

5)A person from Niger is called a Nigerien

6)Samuel Eto’o is the highest paid footballer of all time when he was receiving £350,000 weekly in russia back in 2011

9)Al-Ahly of Egypt is the richest club in Africa

11)Johannesburg is the most Visited city in Africa

12)Zinedine Zidane wanted to play for algeria but the selector rejected him, saying they have many players like him

13)President Jacop Zuma was given a special award by fifa for reffereeing a match at Robben island during his days as a political Pisoner.

14)Nigeria has the highest number of monarchs in the world.
15)Africa is larger than China, USA, India, Mexico and a big part of Europe combined