Authorities in Georgia have arrested and charged a 13-year-old boy in connection with the fatal shooting of his 37-year-old mother. According to PEOPLE, the incident occurred at a home in Warner Robins, and the suspect called 911 to report the shooting afterward.

The deceased, identified as Dominique Bowers, was a U.S. Navy veteran. In a statement, the Warner Robins police said officers responded to shots fired call at the said residence on August 13. The officers were also informed the 911 dispatcher “was speaking with the possible suspect on phone.”

The teen, who hasn’t been identified, was located by officers around the area of the shooting and he was subsequently taken into custody. Police said they also found Bowers’ body in the said home. The motive behind the fatal shooting was, however, not disclosed.

The deceased mother’s Facebook page revealed she had previously served as a Builder Petty Officer 2nd Class in the U.S. Navy and also worked at the Virginia Department of Transportation, PEOPLE reported. Bowers also attended Roanoke College where she studied psychology.

Police said the teen has since been charged with murder and aggravated assault. He made his first appearance at the Houston County Superior Court on Saturday, and he is being detained at the Crisp County Youth Detention Center. 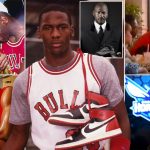 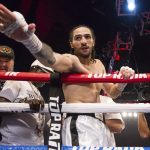