The ex-Super Eagles captain is one of only two men to win the Africa Cup of Nations as a player and a coach. The Big Boss  won as a player with the CAN Nigeria Super Eagles in 1994. After the coach experiences in Togo and Mali, it is with his native Nigeria editing it in 2013 to the largest trophy continental, becoming the second to win as player and coach.  Stephen Keshi managed to take his selection until eighth finals of the World Cup in Brazil the following year. He was also ranked the number one coach in Africa and 14th in the world in 2014. Stephen Keshi has sadly passed today, June 8 2016, months after his wife, at the age of 54, (Click here for more details of his death). The former Super Eagles head coach had lost Kate, his wife of 35 years, to cancer last December.

The Big Boss, as he was fondly called, made his first appearance for the Super Eagles in 1981 at age 20 and the central defender retired in 1994 after picking up 64 caps and nine goals as he captained Nigeria to win the 1994 Africa Cup of Nations as well as their first appearance at the World Cup in the USA.

The French coach knows rather flattering physical Africa to be trained no less than six selections.His record on the continent is enviable with two CAN won in 2012 and Zambia in 2015 with Côte d’Ivoire. It is also sacred Coach of the Year twice by CAF and an Officer of the National Order of Côte d’Ivoire.

Former Senegal international, his coaching career in Africa begins with Coton Sport with whom he won five championships Cameroon. After a brief stint at the head of the Senegalese selection, it is with TP Mazembe that really talk about him winning two football championships of the DRC, a Champions League and two Super cups of CAF. In 2010 he lost the final of the world cup of clubs to face Inter Milan Samuel Eto’o. 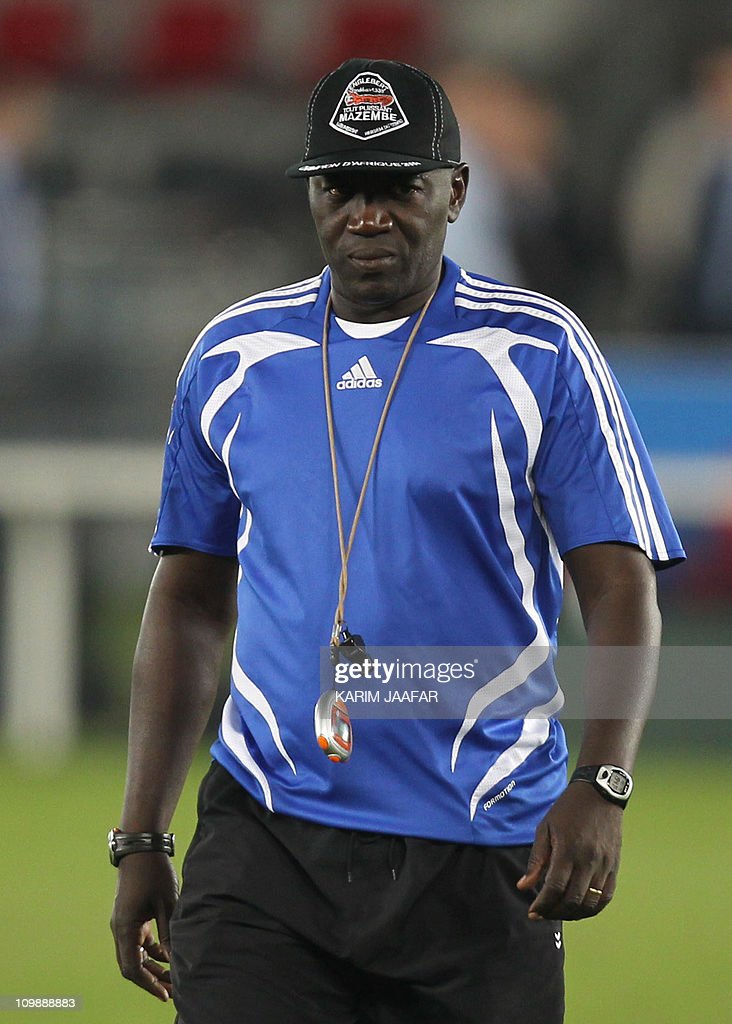 Died in 2013 at the age of 59, Bruno Metsu is a former French footballer became coach in 1987. During his rich career, he led in 2002 the Senegal national team to its first participation in the World Cup . The Lions of Teranga amaze the public to the quarterfinals where they were eliminated by Turkey.

The former Ghanaian international, becoming in 1963 the coach of his country, transformed in his first attempt masterstroke. Indeed, before leaving two years later, he offered to Ghana his first two African Nations Cups in 1963 and 1965. Even better, it was he who allowed again in Ghana to lift the trophy in 1982 during his second run, becoming the first coach to win three times the CAN.

Coached several clubs including Egyptian Zamalec SC, he knows his heyday with the Egyptian selection by winning three African Nations Cups in 2006, 2008 and 2010. It is the 2 nd to reach this record after Ghana Charles Gyamfi.

Nominated five times coach of the Algerian team, Rabah Saadane, affectionately known as ” Sheikh  ” was named best African coach of all time by the International Sports Convention Africa(CISA). He managed to qualify Algeria to three World Cups in 1982, 1986 and 2010.

African champion as a player with Egypt in 1958, he republishes the feat as coach in 1998. He is the first to achieve this doubled a bit special. He also won two leagues CAF Champions with Al Ahly SC and Zamalek.

Tunisia coach spent most of his career in his country where he won the championship seven times with three different clubs. Added to this are a CAF Champions League with Esperance Sportive de Tunis and two Confederations Cups with Sportive du Sahel Etoile. In 2013 he joined Raja Casablanca with which he played the final of the Club World Cup against Bayern Munich.

French coach began his African experience in 1985 with Cameroon, with whom he won the African Nations Cup in 1988 after a final loss in 1986 against Egypt. He later held the reins of several other African teams, including Senegal it will raise in the semifinals of the CAN in 1990 and Ghana who finished third in 2008.

Originally from the DRC, it is since 2012 the coach of Club Vita As he climbed into the league final of the CAF Champions in 2014. Since 2014, he is also the coach of the DRC in 2014 he pushed to the 3 th place of the CAN in 2015. Always with his selection, he managed to win the African Nations Championship in 2016.