An Atlanta sixth-grader who co-founded a firm that manufactures dolls with black and brown complexion plans to give back to her community this Christmas by delivering 1,000 dolls to charities.

According to WSB-TV, Zoe Oli, 10, and her mother Evana founded Beautiful Curly Me when Zoe complained about the scarcity of dolls that resembled her.

ALSO READ:  Day's Quote- The Secret Of Your Success Is Determined By Your Daily Agenda, John C. Maxwell
Loading...

“Seeing something I used to play with every day that looked like me made me feel powerful and like I could do anything,” said Zoe, who has always enjoyed playing with dolls.

Evana stated that her kid first inquired about her appearance while she was in first grade. “She asked me why her hair wasn’t straight and pretty like her friends’,” Evana recalled, adding that she answered by telling her daughter that her natural hair was more beautiful.

“I bought her a Black doll as one of the things I did.” She liked it, but pointed out that the doll didn’t have her hair. Despite being a dark-skinned doll, the doll’s hair was straight.”

Beautiful Curly Me was inspired by Zoe’s comments about the doll. For the past three years, the couple has been producing dolls. The dolls have black and brown complexion, as well as curly hair. According to WSB-TV, one of the company’s aims is to offer little girls with dolls that they can identify with. Another option is to make the toys available to those who do not have access to them.

And as part of that endeavor, Zoe and her mother have revealed that they would be donating 1,000 dolls to charities this Christmas. The dolls will be distributed to underprivileged girls.

“A doll represents who you were as a child.” A doll is your true standard of beauty. “Seeing a doll that looks like me helped me realize that I am beautiful and that I can do anything,” Zoe explained.

The Atlanta Children’s Shelter and Atlanta Mission are among the nonprofits that will receive holiday gifts. 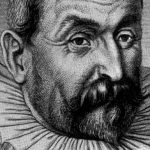 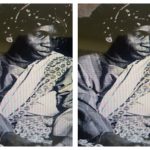