British Politics for Dummies introduced you to the very best of British PMs, the cream of the crop – Churchill, Thatcher and Atlee. Now we look at the not so capable – or just plain unlucky – holders of the highest office in the land. From control freaks gone wrong to PMs who failed the test of wartime, these are Britain’s worst ten Prime Ministers.

The prime Minister who lost America, yes America. Before Lord North came to power Britain ruled much of the North American continent. By the time he left only Canada remained under British control. It was Lord North who picked the fight with the American colonists and managed to oversee a disasterous foreign policy which led to the French, Spanish and even the Dutch siding with the fledgling United States against Britain.

Perhaps it is a bit mean picking Spencer Perceval as he was the only British PM to be assassinated in office, but his three years as PM were distinguished by political infighting, weak government and riots on the streets. Britain was in the midst of the Napoleonic wars and the industrial revolution and Perceval’s government was characterised by draconian measures taken against hungry rioters and oppressed workers. Not a good time and to cap it all Spencer Perceval was shot dead by an angry member of the public right in the Houses of Parliament.

He was a great military leader, but an appallingly bad prime minister. The man who beat Napoleon decided to enter politics in 1828 and soon found himself leader of the Tory party (forerunner of the Conservatives) and then prime minister. He didn’t live in Downing Street – he thought it too small – but he did live in fear of French invasion and, horror of horror, the idea of more of his fellow Britons being granted the vote. The word ‘reactionary’ was almost invented to describe the Duke. During his unhappy time as PM he did though find time to fight a duel with the Earl of Winchelsea, in which he failed to hit the target but for that matter so did the Earl.

Balfour came to office in charge of a confident Conservative party which had just overseen a military victory over the Boers in South Africa, but by the time he left in 1905 it was a disunited party that had just been trounced in the general election. In just three short years Balfour had managed to lose control of his own party, which was riven by dissent over free trade, effectively sacking colleagues right, left and centre – even forcing Sir Winston Churchill to abandon the Conservatives for the Liberals. To cap it all Balfour was even beaten in his own seat at the general election in 1905, making him the first British Prime Minister to suffer that particular humiliation.

The first Labour Prime Minister soon became an anathema to his own party when, after one very short term in office (in 1924) and then a longer one (starting in 1929), he responded to the global economic depression of the early 1930s by abandoning his own Labour party to form a ‘national’ government drawn from members of the main political parties. Even with his new national administration McDonald proved ineffective as the country lurched into economic crisis and, in Germany, Adolf Hitler was allowed to rise to power unchecked. Even today try mentioning Ramsay McDonald in Labour party circles and you will see that forgiveness remains in short supply.

He was infamous for negotiating the partition of Czechoslovakia with the brutal tyrant Adolf Hitler at the Munich conference in 1938. Chamberlain believed that by appeasing Nazi Germany he could secure peace in Europe. All he actually did was to condemn millions to live under a brutal murderous regime and bring a world war closer. He was well intentioned for sure but also wrong, so wrong.

Apparently, when Sir Winston Churchill retired from being PM, he told his confidants that he thought his successor Anthony Eden ‘wasn’t up to the job’ and boy did Sir Winston prove to be correct. Eden managed to get Britain embroiled in a crazy scheme, along with France and Israel, to seize the Suez Canal through a joint invasion of Egypt. What followed is known as the ‘Suez crisis’, which became a national humiliation when the Anglo-French-Israeli forces had to withdraw. Eden retired soon after on health grounds.

At the 1974 general election, facing a wave of industrial unrest, Heath asked the country ‘Who governs Britain?’. The answer was not him as he was promptly dumped out of office in favour of Labour. He is the PM who finally negotiated Britain’s entry into the European Union (then called the European Economic Community) but he also presided over a country which was riven by strikes and civil unrest.

‘Crisis, what crisis?’ was the immortal line blurted out by bungling James Callaghan as he returned to a strike-ridden and freezing UK from a sojourn in the West Indies. To give him his due Mr Callaghan did try his best to govern a country which was practically ungovernable thanks to radical trade unions and a crippling economic situation. But his government will always be remembered for the winter of discontent in 1978 when the country was brought to its knees by strikes and even martial law was considered.

After spending his whole political life trying to become PM, when he got there he didn’t seem to know what to do with it. Brown was unlucky in that a global financial crisis broke within a few months of assuming office, but his awkward personality – very intelligent but not at home with people – shone though in what is increasingly an era of presentation. He promptly lost the 2010 general election and even managed to be recorded castigating one of his own supporters as a bigot. 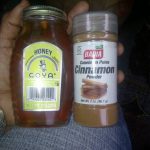 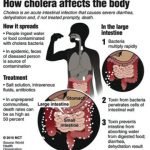