Cross Africa, the United States or Europe in a few minutes will soon be possible. It will just wait a little longer, until the aircraft prototypes are developed. However, the 10 planes that follow are real and they are a foretaste of our future.

This drone is designed to achieve 20 times the speed of sound (6 805.8 m / s), or the speed that would link Paris to Dakar in 13 minutes. But on the first flight in 2010, the US military lost control of the aircraft after 9 minutes of flight. The plane then crashed into the Pacific Ocean. Only two copies were built. On 16 November 2004, this aircraft broke the world speed. Its maximum speed is 11 144 km / h.To date, there are only three copies worldwide. Who does not dream of taking a flight New York – Los Angeles in 12 minutes? We will soon travel at this speed but it will take a little time as aircraft prototypes are developed. To date, what are the planes that have exceeded the sound barrier? Here are the ten fastest aircraft in the world.

This hypersonic unmanned prototype is equipped with a super reactor. He took off for the first time on 26 May 2010. In tests, it has reached a speed of 6,200 km / h instead of the 8 575 km / h provided. Tests are still ongoing. This American experimental rocket plane was built as part of research flights at very high speed and very high altitude. During its first flight on June 8, 1959, the North American X-15 reached a speed of 7273 km / h. Three copies were built. Produced by Bell Aircraft Corporation, the Bell X-2 Starbuster made its first flight 19 November 1955 at a cruising speed of 3370 km / h. The two built and manned aircraft were destroyed in accidents. The Valkyrie was designed in the late 50s This supersonic bomber prototype reaches a top speed of 3275 km / h. Its first flight took place on 21 September 1964. As long as it is, it’s aircraft is only for two people: a pilot and a copilot. Only two aircraft were built and one of them was destroyed in an accident in 1966. 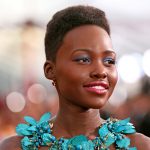 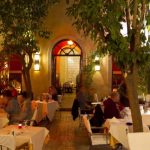