This car is not that bad, if you are looking to buy a vehicle that’s easy to park and drive aroud the city. However, you have to consider several things, first of which is safety. Yes, the car has enough airbags, but “safety” is not just about airbags. There are things like stability, weight, sturdiness. This little thing is fragile! It is not good enough for highway and long rides in general. Acceleration is bad, so passing other cars will only cause unnecessary stress. And it is noisy, especially while trying to accelerate. The interior has way too much plastic, although it’s not as bad as in some other cars. Scion IQ is only a good choice if you plan to drive it around the city. Otherwise, you can buy a better and sturdier car for the same money. Nedless to say, this is not a car for long rides. It can be very unstable, which makes it unsafe for the highway rides. It doesn’t have enough power to quickly pass other cars. In fact, this car has the least power of all cars. Most owners are not happy with the fuel consumption. For some, driving Smart fortwo is convenient because it is so tiny and easy to park. But is it worth the money? No, not really. This tiny car might look cute, but that’s all there is to it. It is incredibly slow, that is the first annoying thing about it. It doesn’t deliver much torque and power, so you won’t enjoy the ride too much. They did a good job making it attractive on the inside, but wait! Don’t fall for the ‘starry sky’. It reflects on the rear mirror and it will annoy the hell out of you as soon as it gets dark outside. And this is not something you can fix. We are wondering why they did it and why they still haven’t fixed it. Another downside is not enough space in the back, so it will not be a good choice for those who travel a lot. This small car might look economic and you might think of it as a good choice, but think twice before you decide to spend money on it. All right, we can see it’s not a looker, and it’s certainly not a comfy family car. But that is not the bad part. What will really annoy you is the noisy engine and overall bad quality of materials. Not too safe and not good for long rides. Hard to resell later, you will lose a lot of money. When you take a look at it, you think „Well, it looks quite good“. It does. Dacia surprised everyone when they made this car. It does seem like a serious SUV. But, wait! Here are some downsides you should know about before you buy a Duster. First of all, the AC will drive you nuts, especially the rear unit vent… and there’s no climate control. The next thing is too much plastic everywhere – inside and out. Not only does it look bad, but it makes you feel like you will damage something only by scratching it a bit. You will also hate the hard clutch. And the poor sensors. Its stability is questionable. All in all, it looks like an SUV, but it’s a poor man SUV. If this is all you can afford, and you really want it – that’s OK, but be prepared for the downsides. First, don’t expect too much comfort. It seems that other owners are not happy with the fuel consumpion, they find the steering quite hard, and all in all – they wouldn’t describe this car as reliable. Therefore, not a car for long rides. Also, if you ever want to resell it, be prepared to cry. You will get very little money for it. If you compare it to some other minivans wih a similar price, you will probably see that it is not that great. Tall owners are complaining that they don’t have enough room for their legs, and that there is also a lack of space for those riding in the back. Some also say that driving on bumpy roads is extremely annoying. For the same money, you can buy something better. You might be attracted to a cheap car with the word ‘Mitsubishi’ on it, but don’t rush into it. This is not a great car for the road. It has issues with acceleration and passing other cars. Too much plastic inside the car makes it look even cheaper. There is not much space for those riding in the back, and that is another reason why it is not good for long rides. All in all, it is not the worst car, but you can buy something better for the same money. When you look at it, it doesn’t look bad. It is not terrible, but it is not the best car you can get at that price. First, there is an issue with the automatic transmission: people who have tested this car say that the automatic transmission is very slow (manual transmission doesn’t have this problem, though). The cargo capacity is not very impressive (although there is enough space for the passengers). Again, not the worst car, but most people who drove this car said they would probably be happier with something like Honda CR-V or even the old HR-V. Volkswagen Beetle is not the worst car in its class, but you can buy a better one at the same or similar price. The first limitation is that it is not a car for long rides. It could be good enough for you if you don’t travel much or you just plan to drive it around the city. The manual transmission is more responsive than the automatic transmission, and therefore a better option. If you are a Beetle fan and like the old classic style (that reminds you of the old Beetle), then you might be happy with this one. If you’re not, you should consider other cars in the same price range. 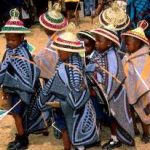 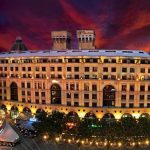