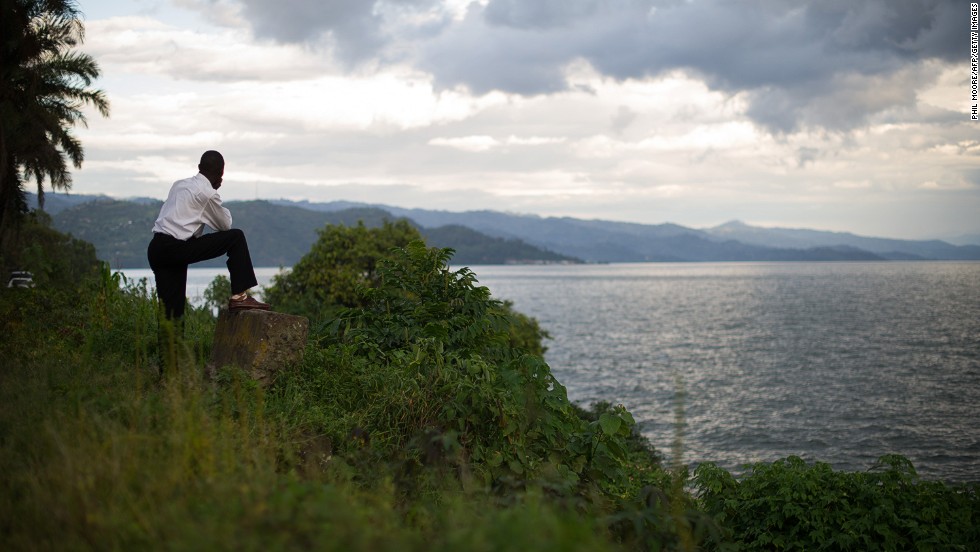 If the Congo conjures images of dripping jungles inhabited by gorillas, warlords and the ebola virus, you’re getting only a tiny part of the picture.

Formerly known as Zaire, among other names, this huge country — the second largest in Africa by area — is an admittedly troubled but frequently underestimated nation.

From high-class business hotels to an obsession with mayonnaise, here are a few things about which you might be unaware:

1. Music is its biggest export

The country’s biggest stars, musicians such as Koffi Olomide, Papa Wemba and Werrason, can fill the biggest clubs from Johannesburg, South Africa, to Paris as fast as Justin Bieber.

The principle styles of music, known as Congolese rumba, soukous and ndombolo, are all accompanied by particular dances.

Known as the “father of rumba,” Wendo Kolosoy began a seven-decades long career singing while working on the barges that ply the Congo River.

Including the megahit “Marie-Louise,” his songs inspired millions of couples across the continent to take to the dance floor.

These days the younger set has moved on to the more provocative, suggestive and energetic moves of ndombolo. It’s loud, some would say crass, and it’s extremely popular.

Followers of the biggest names in the business are as fanatical as supporters of European football clubs, and sometimes as violent, with fights now and then breaking out at concerts between rival fans.

The musicians have also spawned a well-dressed segment of society known as sapeurs. For sapeurs, it’s mandatory to wear the best European-cut suits, matching Italian leather shoes and sunglasses, even at night.

If you see a yellow Ferrari on the streets of Kinshasa, a sapeur who has made it to the top is likely at the wheels. 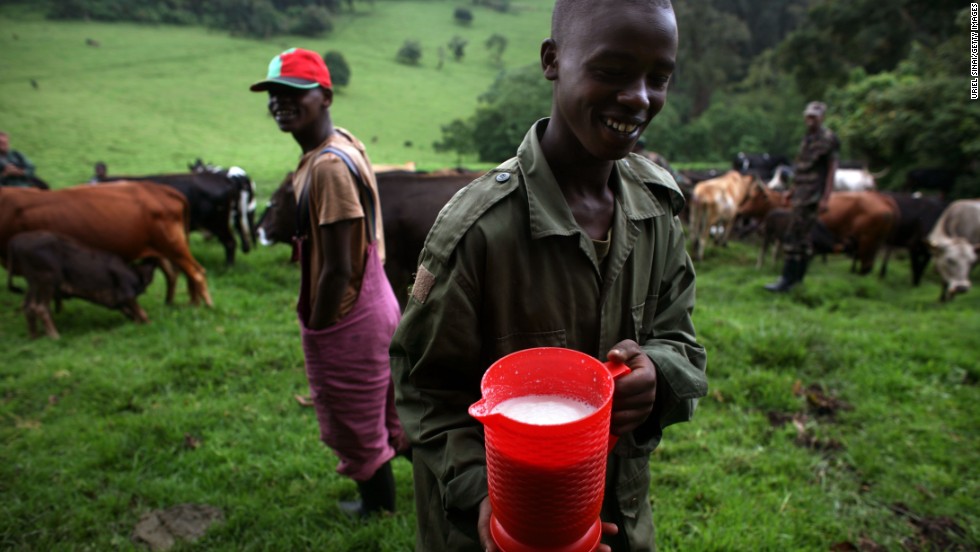 2. The Concorde was a regular visitor to Congolese jungle

The airport in Gbadolite was built to accommodate the Concorde. And the now-retired plane visited frequently.

ALSO READ:  Ethiopian Airlines to Fly to Somalia for the First Time in Four Decades

Dictator Mobutu Sese Seko built one of the longest airstrips in Africa in the middle of nowhere, so that the sleek supersonic jet could land at the imitation French town he had carved out of the jungle near the banks of the Oubangui River.

Gbadolite could qualify as the weirdest town in the world.

Built in the 1960s, close to Mobutu’s birthplace, wide boulevards were cut out of the tropical rainforest, following a design taken directly from small-town France.

Even the street signs were the same as you’d see in Paris, Marseille or a village near the Belgian border. Dominating the town were two palaces, one in the form of a gigantic complex of Chinese pagodas.

Always concerned with security, Mobutu had what was at the time the largest bunker in Africa built in case of nuclear attack. A 12-kilometer (7.5-mile) tunnel leading to the Oubangui River provided an escape route to the neighboring Central African Republic.

There’s not much left of Gbadolite these days — it’s been looted several times since Mobutu fled advancing rebel forces in 1997, and the jungle is quickly reclaiming lost ground. 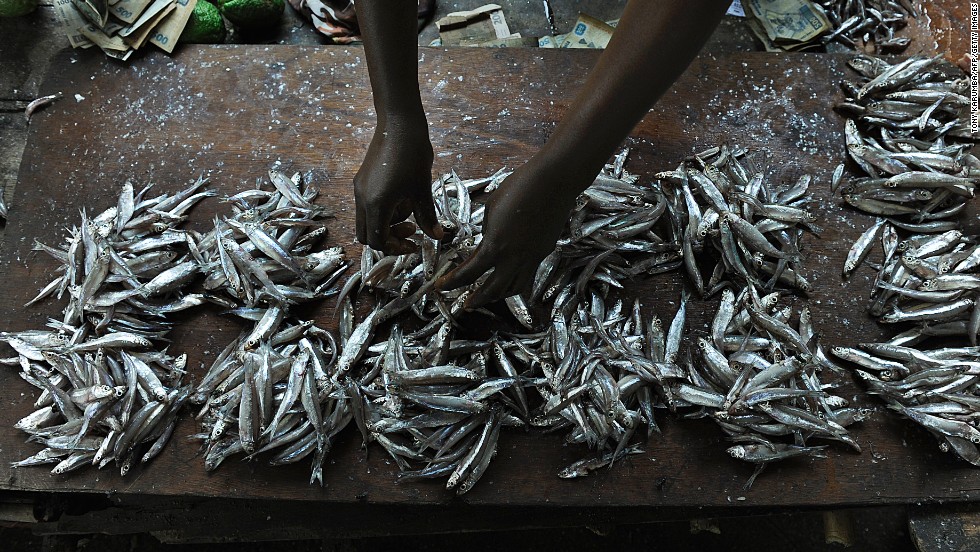 The second-largest French-speaking city in the world (after Paris), by a long shot, is Kinshasa.

Nobody really knows how many people live in the Congolese capital, but a reasonably safe guess would be somewhere in the region of 10 million.

The population has grown dramatically in 15 years due to the number of people fleeing fighting in other parts of the country.

Its French-language credentials allowed Kinshasa to host the Summit of La Francophonie in October 2012, the largest gathering in the world of heads of state of French-speaking countries.

The baguettes and croissants available throughout the city rival anything produced on le vieux continent. 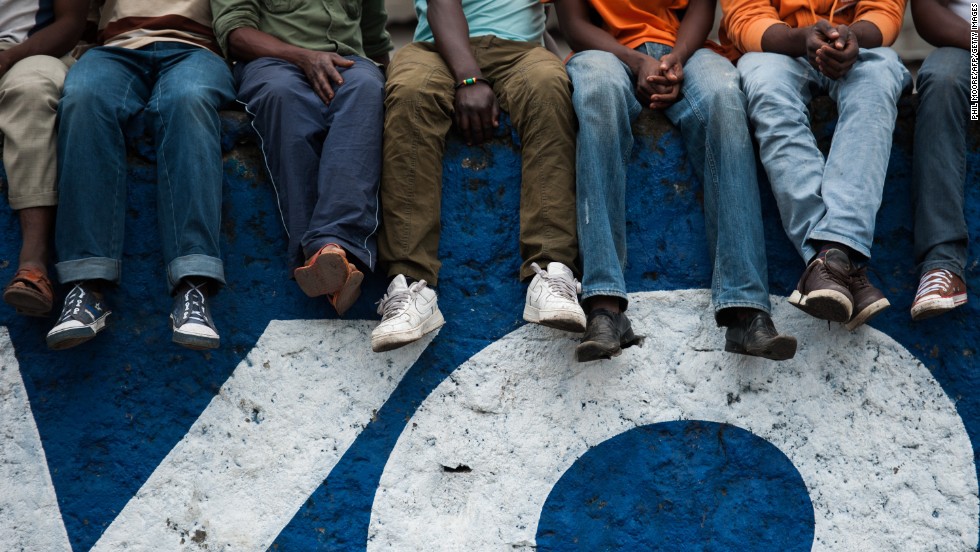 The uranium used in the Manhattan Project, the top secret mission that led to the construction of the atomic bomb in World War II, came from the Shinkolobwe Mine in Katanga province.

The U.S. military reopened Shinkolobwe after it had been closed in 1939.

Once army engineers got the place going again, Col. Ken Nichols arranged for the purchase of more than 4,000 tons of uranium ore from the mine, transporting a quarter of it to a warehouse on Staten Island for use in the project.

About 30,000 tons were sold to the Americans before the war came to an end.

Shinkolobwe has been officially closed since 2004, but as is the case all over the Congo, private miners still try to eke out a meager existence from what they can extract on their own.

Meanwhile, on the other side of the country, the first nuclear reactor built in Africa can still be found in Kinshasa. 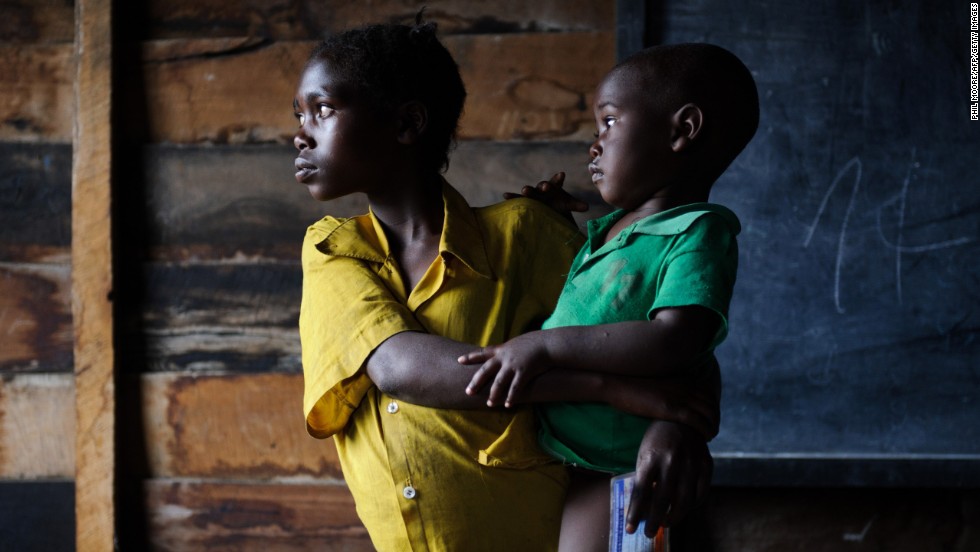 5. Locals eat mayo with everything

A legacy of the Belgian colonial period is the overwhelming preference for huge blobs of mayonnaise on almost everything — meat, fish, fried plantains, manioc, peas and salad are just a few examples.

Many choose to mix it with the extremely potent local chili pepper sauce — known as piri piri, or pepper pepper in Swahili. This tones down the fieriness of the pepper and adds flavor to the mayo — a delicious combination.

Kinshasa, Lubumbashi, Goma and Bukavu all offer a variety of restaurants and international cuisine ranging from Congolese to Belgian.

Kinshasa has the widest selection, with a large number of high-quality restaurants.

Because the country has a large Lebanese population, there are excellent, well-priced Lebanese restaurants. The same goes for Indian. 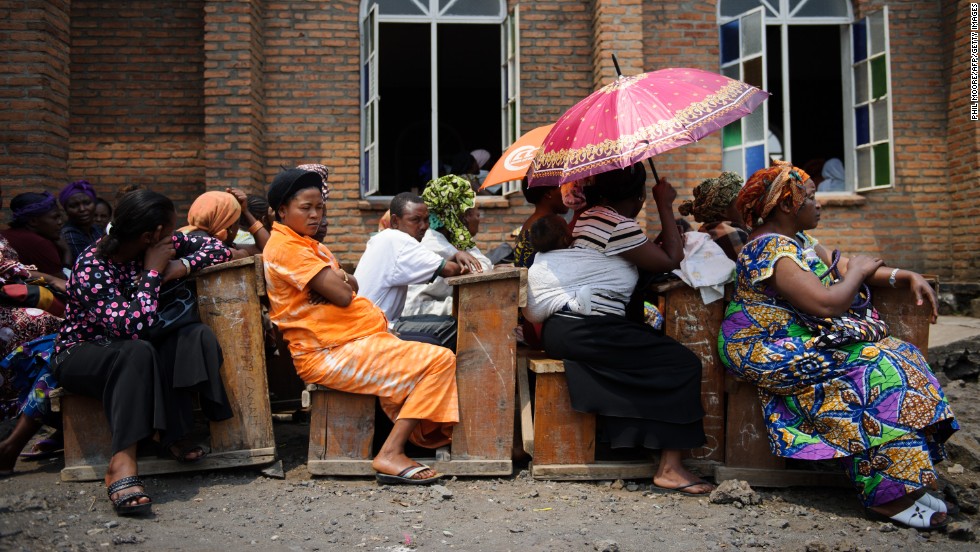 6. Kinshasa and Brazzaville are the world’s closest capitals

Kinshasa and Brazzaville, the capital of the neighboring Republic of Congo, are the world’s closest capitals.

They’re separated by the Congo River, the world’s second-largest river by volume, which widens to five kilometers (more than three miles) at this point.

There’s been talk for decades of building a bridge to connect the cities, but traffic between the two is still by boat.

Passengers can choose between a more upmarket and tranquil crossing in a speedboat, or in one of the large, overladen ferries.

The ferries transport goods such as flour and dried fish but also cars and furniture. People with disabilities are allowed to make the crossing for free and are heavily involved in the goods trade.

The two cities are separated by only a few kilometers of water, and their inhabitants speak the same language, but residents of the two capitals often act like they come from different worlds.

People from Brazzaville, a tranquil city of just more than 1 million, look warily upon their “noisy, partying” neighbors in Kinshasa.

On traveling from Kinshasa to Brazzaville, it’s not uncommon to be asked, “How’s the weather over there?” 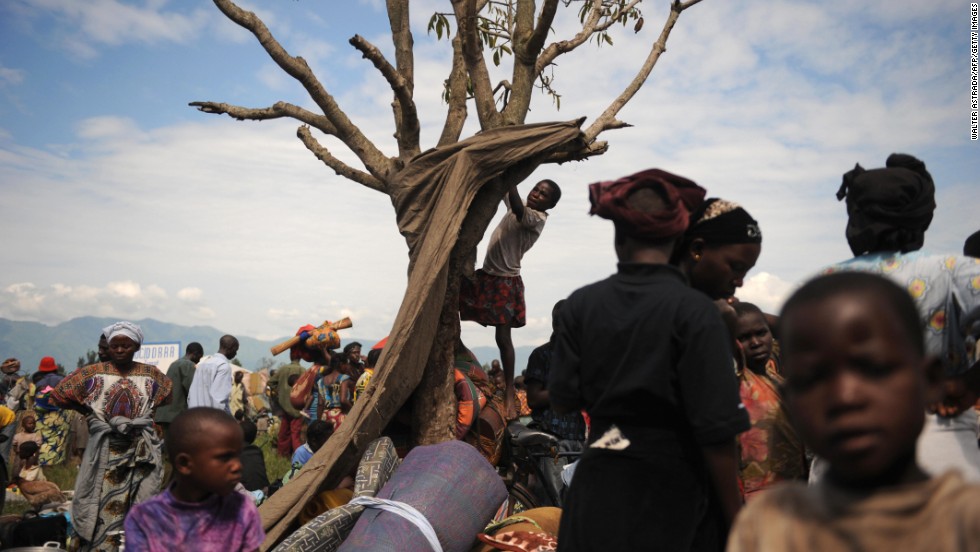 7. The wildlife is phenomenal

The rare okapi is one of 1,500 animal species endemic to the Congo. It makes its home in the remote Ituri Forest in the northeastern part of the country.

Built more like a deer with stripes similar to a zebra’s, this forest giraffe measures 6 feet at the head and 5 feet at the shoulder.

The okapi is an endangered animal, and the Okapi Wildlife Reserve was established in 1992 to protect the remaining animal population as well as the habitat of the Mbuti pygmies, one of the continent’s last forest-dwelling peoples.

On the Epulu River, the reserve, about 1.5 times the size of Yellowstone National Park, is home to 5,000 Okapis, 4,000 elephants and 2,000 leopards as well as many other species.

Successive civil wars have taken a heavy toll on the human and animal population, but for the past few years the reserve has been largely free of the armed groups that caused the insecurity.

The Okapi Conservation Project manages the reserve and its tourism facilities, which have recently been rebuilt. 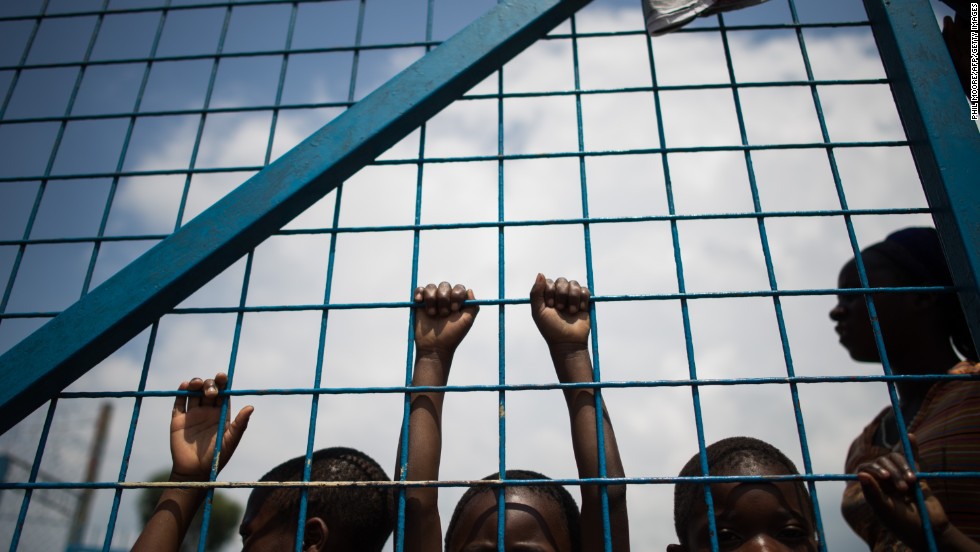 8. The Congo isn’t overrun by the ebola virus

Films such as “Outbreak” and “Congo” have perpetuated the impression that it’s as easy to catch the Ebola virus in the Congo as it is to catch a common cold in New York.

The country has been the scene of outbreaks — the most notable being the 1995 outbreak in Kikwit that killed 200 people — but more recent ones have been quickly contained and remain rare.

Ebola is highly lethal and is transmitted from animals to humans when they eat infected meat.

Bushmeat remains an important source of protein for many Congolese living outside urban areas, and public health campaigns are ongoing to educate the population about the dangers. 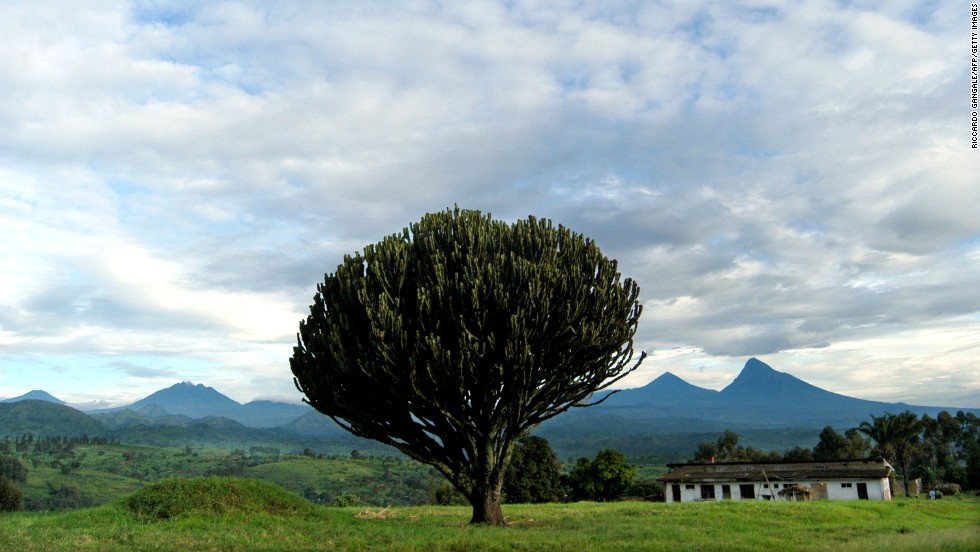 9. Potential to be tourist paradise

Sadly, these days the eastern part of the country is probably best known for its warlords, rebel groups and mineral conflicts.

But before the 1990s, when it was largely stable, the region was a prime tourist destination.

Both Goma and Bukavu, the provincial capitals of North and South Kivu, respectively, are on the banks of Lake Kivu.

Both are UNESCO World Heritage Sites. The Virunga National Park encompasses numerous habitats, from lowland plains to the Rwenzori Mountains, which reach heights of 5,000 meters (more than 16,000 feet).

It’s home to the world’s largest concentration of hippos and also to the continent’s most active volcanoes — the Nyiragongo and the Nyamulagira.

The Kahuzi Biega National Park is home to one of the last troops of eastern lowland gorillas, a subspecies indigenous to the country.

Chronic instability, poaching and absence of funding have made park management difficult over the last two decades, but a dedicated group of Congolese rangers in both parks continue to do their best. 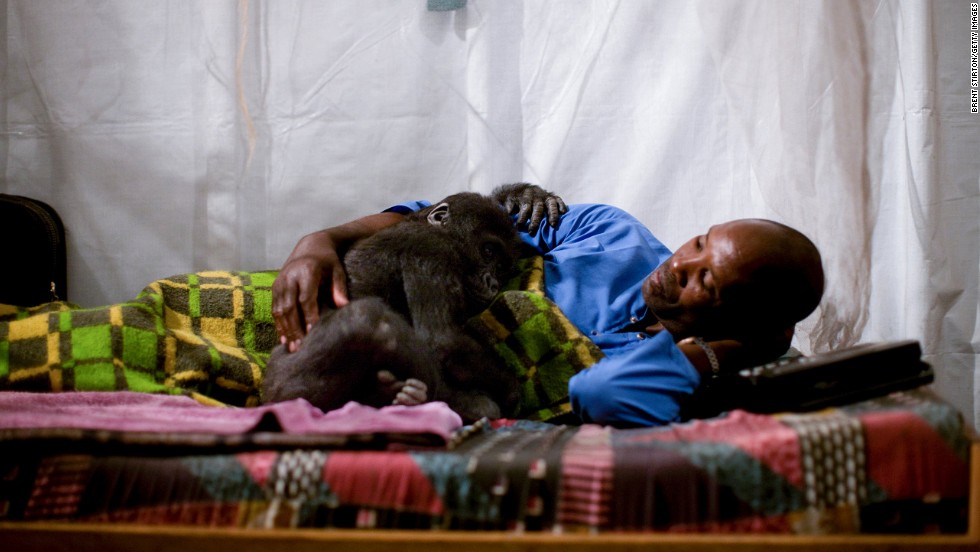 Until 10 years ago, Kinshasa only had two hotels of any international standing, the Memling and the Grand Hotel, which had once been an Intercontinental.

The Memling is owned by the SN Brussels Airlines Group, and the Grand Hotel is partially owned by the Congolese government.

Following Mobutu’s overthrow in 1997, and during the subsequent war between 1998-2002, the Grand Hotel also was home to government ministers and the upper ranks of the Angolan, Namibian and Zimbabwean armies, which had been sent to defend the government of Laurent Kabila.

During that time, it wasn’t uncommon to see antelopes running through hotel corridors.

Today the Grand Hotel is in the final phases of a much needed face-lift, and its occupants tend to come from the business sector.

In the meantime, as international businesspeople flock to the country, at least six other decent hotels have been built in the capital, and many more are in the works, ranging from luxurious to basic.

Travelers looking for a bargain will likely be disappointed.

The average hotel room in Kinshasa goes from $150-$200 a night, with rooms in the high-end hotels costing upward of $300.

The same is true for accommodation in the copper-mining capital, Lubumbashi. The eastern cities of Goma and Bukavu also have a fair number of hotels, some of which are nice, with most having spectacular views of Lake Kivu. Prices there start around $100.

The rest of the cities in the country have only limited accommodations. 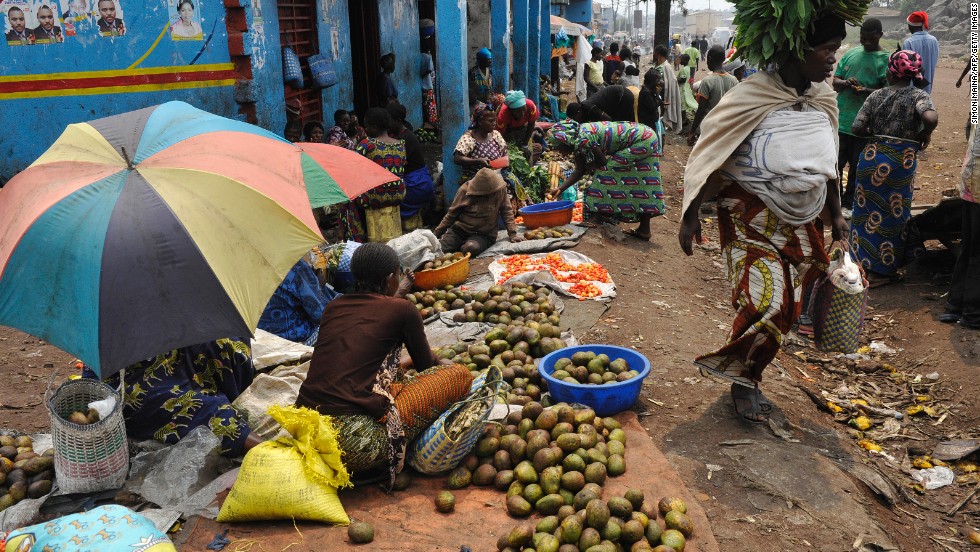