The worldwide known evangelist died at 79. According to family sources, Bonnke passed away peacefully, surrounded by his family, on Saturday, December 7. He is said to have preached the gospel of Christ to more people than anyone in history.

We write on the things you need to know about the late evangelist.

2. His father was a pastor and ex-serviceman in the German Army.

4. Bonnke started his ministry very early in life as he gave his life to Christ at the age of nine after his mother told him of his sins.

5. The late evangelist started his missionary work in Africa when he was 10 where he claimed to have had an encounter with the Holy Spirit.

6. He later attended a Bible College in Wales but he was ordained in Germany, where he pastored a church.

7. He left to start his missionary work in Africa in 1969 in Lesotho where he claimed to have seen ‘Africa being washed in the precious Blood of Jesus.’

8. The vision for his entire ministry was to reach people by spreading the Gospel thus he started open-air Gospel Campaigns where he conducted city-wide meetings across the continent and founded the international ministry of Christ for all Nations (CfaN).

9. His ministry has recorded over 75 million people who gave their lives to Christ.

10. The evangelist also preached the gospel through inspirational movies via his Reinhard Bonnke School of Fire and lately his Full Flame Film Series, a series of eight inspirational films. 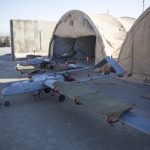 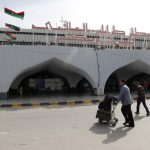