A monument is a type of structure either explicitly created to commemorate a person or important event or which has become important to a social group as a part of their remembrance of historic times or cultural heritage, or simply as an example of historic architecture.

Top 10 Most Famous Cultural Monuments Around the World 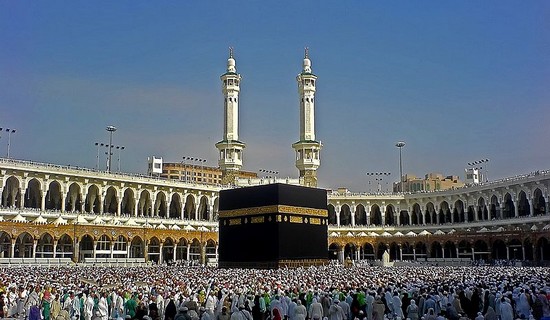 The Kaaba (Masjid al-Haram) is a cuboid-shaped building in Mecca, Saudi Arabia, and is the most sacred site in Islam, oldest and top the most Famous Cultural monuments in the world. The Quran states that the Kaaba was constructed by Abraham (Ibrahim in Arabic), and his son Ishmael (Ismaeel in Arabic), after the latter had settled in Arabia. The building has a mosque built around it, the Masjid al-Haram. All Muslims around the world face the Kaaba during prayers, no matter where they are. This is called facing the Qiblah.

One of the Five Pillars of Islam requires every Muslim to perform the Hajj pilgrimage at least once in his or her lifetime if able to do so. Multiple parts of the Hajj require pilgrims to walk seven times around the Kaaba in a counter-clockwise direction (as viewed from above). This circumambulation, the Tawaf, is also performed by pilgrims during the Umrah (lesser pilgrimage). However, the most dramatic times are during the Hajj, when about 6 million pilgrims gather to circle the building on the same day. 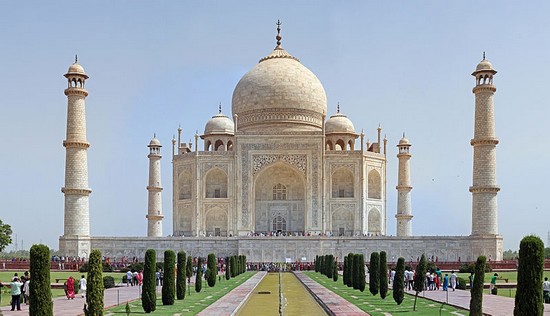 Taj Mahal “crown of palaces”, world heritage site is a white marble mausoleum located in Agra, Uttar Pradesh,  India, seen from the banks of Yamuna river, with Mihman Khana or assembly hall (left) and Taj Mahal mosque (right), the two almost identical buildings on either side. It was built by Mughal emperor Shah Jahan in memory of his third wife, Mumtaz Mahal. The Taj Mahal is widely recognized as “the jewel of Muslim art in India and one of the universally admired masterpieces of the world’s heritage.It coveres area about 221 hectare (552 Acres) which include 38 hectare taj mahal and 183 hectare taj protected forest are. This world’s most Famous Cultural Monuments is also one of the wonders of the world. 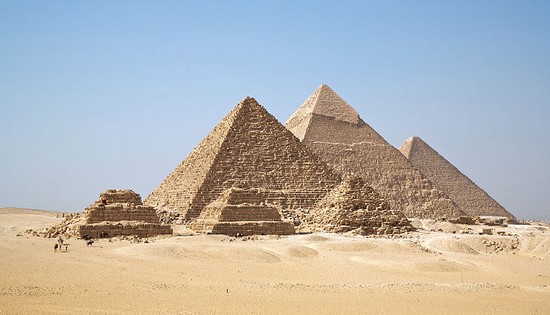 There are 138 pyramids discovered in Egypt as of 2008. Most were built as tombs for the country’s Pharaohs and their consorts during the Old and Middle Kingdom periods. These are some of oldest Famous Cultural Monuments.

The earliest known Egyptian pyramids are found at Saqqara, northwest of Memphis. The earliest among these is the Pyramid of Djoser (constructed 2630 BCE–2611 BCE) which was built during the third dynasty. This pyramid and its surrounding complex were designed by the architect Imhotep, and are generally considered to be the world’s oldest monumental structures constructed of dressed masonry.

4. The Great Wall of China 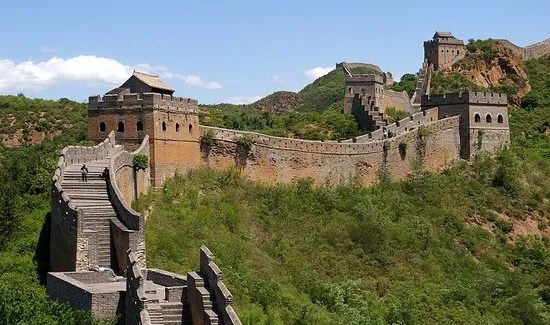 The Great Wall of China is a series of fortifications made of stone, brick, tamped earth, wood, and other materials, generally built along an east-to-west line across the historical northern borders of China in part to protect the Chinese Empire or its prototypical states against intrusions by various nomadic groups or military incursions by various warlike peoples or forces. Several walls were being built as early as the 7th century BC; these, later joined together and made bigger, stronger, and unified are now collectively referred to as the Great Wall. Especially famous is the wall built between 220–206 BC by the first Emperor of China, Qin Shi Huang. Little of that wall remains. Since then, the Great Wall has on and off been rebuilt, maintained, enhanced; the majority of the existing wall was reconstructed during the Ming Dynasty. One of the most Famous Cultural Monuments and Wonders of the world. 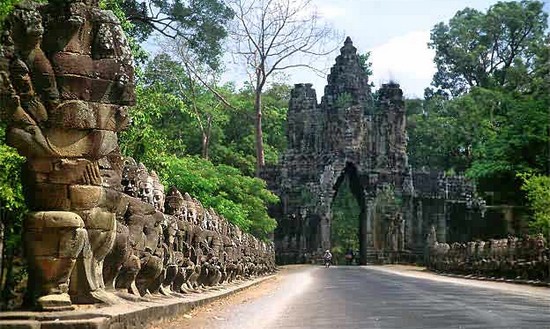 Angkor Thom is a 3km2 walled and moated royal city and was the last capital of the Angkorian empire. After Jayavarman VII recaptured the Angkorian capital from the Cham invaders in 1181, he began a massive building campaign across the empire, constructing Angkor Thom as his new capital city. He began with existing structures such as Baphuon and Phimeanakas and built a grand enclosed city around them, adding the outer wall/moat and some of Angkor’s greatest temples including his state-temple, Bayon, set at the center of the city. There are five entrances (gates) to the city, one for each cardinal point, and the victory gate leading to the Royal Palace area. Each gate is crowned with 4 giant faces. The South Gate is often the first stop on a tour. 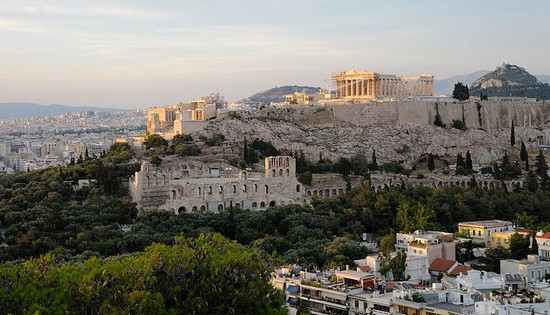 The Acropolis hill, so called the “Sacred Rock” of Athens, is the most important site of the city and constitutes one of the most recognizable monuments of the world. It is the most significant reference point of ancient Greek culture, as well as the symbol of the city of Athens itself as it represent the apogee of artistic development in the 5th century BC. During Perikles’ Golden Age, ancient Greek civilization was represented in an ideal way on the hill and some of the architectural masterpieces of the period were erected on its ground. 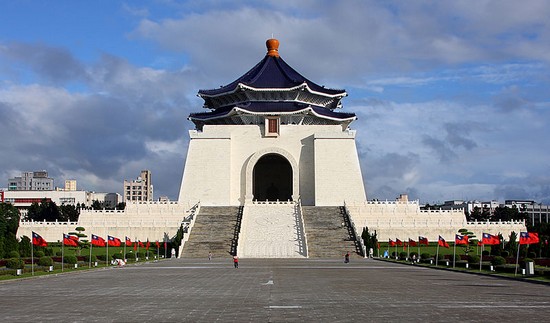 The National Chiang Kai-shek Memorial Hall is a famous monument, landmark and tourist attraction erected in memory of Generalissimo Chiang Kai-shek, former President of the Republic of China. It is located in Taipei, Republic of China (ROC).
The monument, surrounded by a park, stands at the east end of Memorial Hall Square. The structure is framed on the north and south by the National Theater and National Concert Hall. 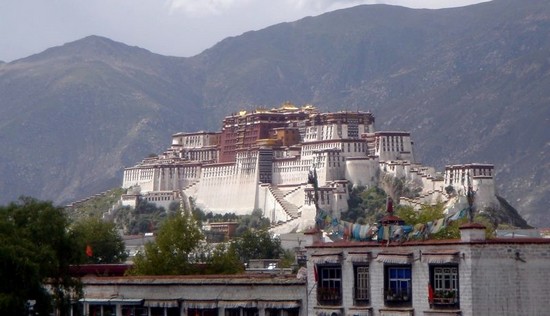 The Potala Palace is located in Lhasa, Tibet Autonomous Region, China. It is named after Mount Potalaka, the mythical abode of Chenresig or Avalokitesvara. The Potala Palace was the chief residence of the Dalai Lama until the 14th Dalai Lama fled to Dharamsala, India, during the 1959 Tibetan uprising.

Lozang Gyatso, the Great Fifth Dalai Lama, started the construction of the Potala Palace in 1645 after one of his spiritual advisers, Konchog Chophel (d. 1646), pointed out that the site was ideal as a seat of government, situated as it is between Drepung and Sera monasteries and the old city of Lhasa. It may overlay the remains of an earlier fortress, called the White or Red Palace, on the site built by Songtsen Gampo in 637. Today, the Potala Palace is a museum. 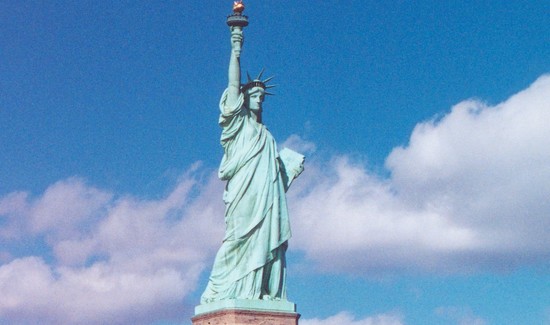 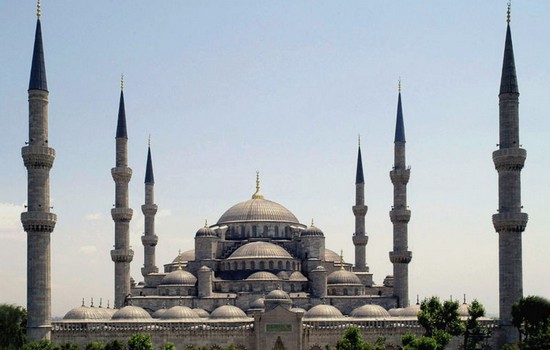 The Sultan Ahmed Mosque is an historical mosque in Istanbul, the largest city in Turkey and the capital of the Ottoman Empire (from 1453 to 1923). The mosque is popularly known as the Blue Mosque for the blue tiles adorning the walls of its interior.
It was built from 1609 to 1616, during the rule of Ahmed I. Like many other mosques, it also comprises a tomb of the founder, a madrasah and a hospice. While still used as a mosque, the Sultan Ahmed Mosque has also become a popular tourist attraction.