Throughout the history of mankind there have been many cruel rulers that use terror to gain control of public. They rule with an iron fist and an unrelenting thirst for power and recognition. Unfortunately for society there was too many for them all to fit on the list, so here’s the worst of the worst. From bad to worst, here are the top 10 evil men, 10 most cruel rulers ever in history.

10 Most Cruel Rulers Ever in history of the world. 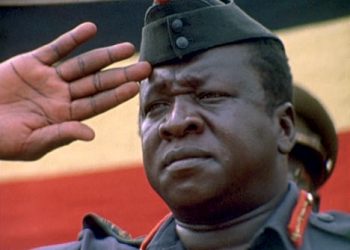 One of the most cruel rulers ever, Idi Amin Dada was the military dictator and President of Uganda from 1971 to 1979. Amin joined the British colonial regiment, the King’s African Rifles in 1946, Amin held the rank of Major General in the post-colonial Ugandan Army and became its Commander before seizing power in the military coup of January 1971, deposing Milton Obote. He later promoted himself to Field Marshal while he was the head of state. His rule was characterized by human rights abuses, political repression, ethnic persecution, extra judicial killings and the expulsion of Indians from Uganda. The estimates range of people killed from 80,000 to 500,000.
He hate Europeans “We Africans used to carry Europeans, but now Europeans are carrying us. We are now the masters … They came from Britian and wanted to show that I really have power in my country.” Amin was eventually overthrown, but until his death, he held that Uganda needed him and he never expressed remorse for the abuses of his regime. On 20 July 2003, died at King Faisal Specialist Hospital in Jeddah, Saudi Arabia, from kidney failure. 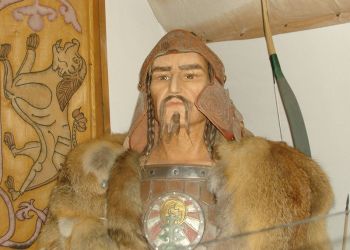 Attila (Attila the Hun), was the ruler of the Huns from 434 to 453. He was leader of the Hunnic Empire, which stretched from the Ural River to the Rhine River and from the Danube River to the Baltic Sea. He was considered as one of the history`s greatest villains. In much of Western Europe, he is remembered as the epitome of cruelty and rapacity. He crossed the Danube twice and plundered the Balkans, but was unable to take Constantinople. He also attempted to conquer Roman Gaul (France), crossing the Rhine in 451 and marching as far as Aurelianum (Orleans) before being defeated at the Battle of the Catalaunian Plains.
Subsequently he invaded Italy, devastating the northern provinces, but was unable to take Rome. He planned for further campaigns against the Romans. He returned in 452 to claim his marriage to Honoria anew, invading and ravaging Italy along the way. Attila drowned in his own blood on his wedding night. He died in the early months of 453. 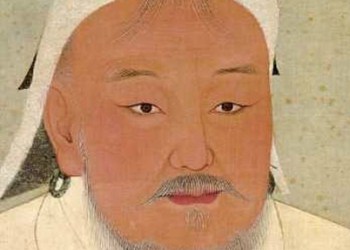 Genghis Khan was the founder and Great Khan (emperor) of the Mongol Empire, which became the largest contiguous empire in history after his demise. He came to power by uniting many of the nomadic tribes of northeast Asia. After founding the Mongol Empire and being proclaimed “Genghis Khan”, he started the Mongol invasions that resulted in the conquest of most of Eurasia. He was a warrior and ruler. starting from obscure and insignificant beginnings, brought all the nomadic tribes of Mongolia under the rule of himself and his family in a rigidly disciplined military state. 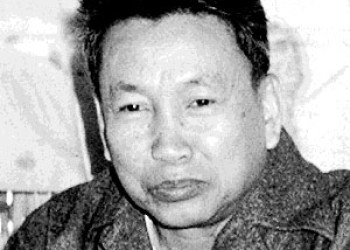 Pol Pot was the leader of the Khmer Rouge and the Prime Minister of Cambodia from 1976 to 1979. Pol Pot became leader of Cambodia on April 17, 1975. During his time in power, his radical communist government forced the mass evacuations of cities, killed or displaced millions of people, and left a legacy of disease and starvation. Under his leadership, his government caused the deaths of at least one million people from forced labor, starvation, disease, torture, or execution. 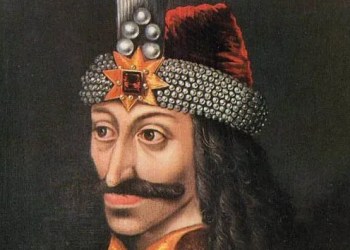 Vlad III, Prince of Wallachia (Vlad the Impaler) known for executing his enemies by impalement, and was a three-time Voivode of Wallachia, ruling mainly from 1456 to 1462, the period of the incipient Ottoman conquest of the Balkans. Vlad is best known for the legends of the exceedingly cruel punishments he imposed during his reign and for serving as the primary inspiration for the vampire. He was a fan of various forms of torture including disemboweling and rectal and facial impalement. He tortured thousands while he ate and drunk among the corpses. He impaled every person in the city of Amlas nearly 20,000 men, women and children. Vlad tortured the people ordering him to be skinned, boiled, decapitated, blinded, strangled, hanged, burned, roasted, hacked, nailed, buried alive, stabbed, etc. He also liked to cut off noses, ears, sexual organs and limbs.