The African history is one of the oldest history in the world. It’s not surprising that the continent is full of some great leaders and kings making immense effort to build a better world.

Even though some of them may not be well known, however, that doesn’t write them off as some of the greatest African kings. Askia the great was born as Muhammad Ture and went on to make the Songhai Empire the greatest and largest empire that West Africa ever saw. He gained the name Askia meaning ‘the forceful one’, after the battle at Aghoke where he defeated Sunni Ali and took the throne from Sunni Ber’s would be successor.

Once he took power he consolidated it by dividing the state into four principal provinces, each run by a viceroy of his choosing. To ensure their loyalty, he took a daughter from each of his vassal chiefs as wives and married off each of his own daughters to governors and dignitaries to ensure that each high-placed official was in some way related to him which tied his fate with theirs.

Sudan flourished in his rule however he went blind in his old age. He kept it a secret by spreading rumours that if anyone looked him in the eye they would be cursed and had his brother act as a spokesman in his stead. Unfortunately, word of his blindness got out eventually. One of his sons named Faria Mousa found out and forced him to abdicate his throne. Another of his sons eventually took the throne and forced Askia, one the greatest African kings, into exile. Fortunately for him he had one loyal son. Together they retook the throne of the Songhai and moved back into the capital. Askia saw out the rest of his days in the palace, living to the ripe old age of 80. He was buried in Gao and his grave is now a World Heritage Site. Destined to become one of the greatest African kings, at an early age Sundiata Keita and his mother were forced to flee their homeland of Kangaba out of fear that this half-brother would assassinate them. While they were away the Suso king invaded Kangaba prompting Sundiata Keita to return and free his people from their rule. Having defeated the Suso host he went on to expand his empire stretching it across Ghana and towards the gold fields of the Senegal River Valley. His empire came to be known as the great Mali Empire. He reigned for 25 years and died under suspect circumstances after an accident in his capital. Moshoeshoe the First founded the Sotho nation which is now known as Lesotho. He earned his reputation as a daring cattle raider and was generous to allies and enemies alike. Once he took the throne for his tribe he used military prowess and diplomatic ingenuity to repel African rivals to the South-East and colonial invasions from the British and the Boers. Defeating the colonial invaders proved to be difficult so he used diplomatic means by inviting French missionaries into the land although he still had to spend a large majority of his time repelling the Boers and the British. His resistance to colonial rule was largely successful however the long war took its toll on him and his resources and in 1887 he was forced to give up large swathes of his land. Today Moshoeshoe is counted among the most known African kings. Osei Tutu inherited the throne of the Ashanti Empire from his father. He learnt about politics while serving in the royal court from an early age where he won political support of established military generals to take the throne after the death of his father. When he got the throne he went on to conquer the Deikiyara kingdom as well as other neighboring states to make his empire the most powerful state in the region. Luck was on his side as the Akin-speaking people of his region were already in favor of creating a unified state. He took advantage of this by drafting a constitution where he outlined the Asantahene people as the supreme leader of the Ashanti Empire with the Golden Stool as the center of power and each of the local chiefs deriving their power from this seat. The empire that he started went to be prosperous for 200 years until they were defeated by British colonialists. Majority of the expansion of the Soghai Empire took place under the rule of Sunni Ali Ber, one of the cruelest African kings, over 28 years. He conquered Timbuktu in 1492 along with other important trading towns of Western Sahara and central Sudan. He saw the Arab Muslims as invaders into his land and defeated the Mandinka people who allied with them. He refused to employ Muslim scholars in his government and came down hard on Muslims in Timbuktu who resisted his rule. Ali Ber conquered the surrounding areas with apparent ease however he was never able to win the hearts of his people. They hated him for being a cruel dictatorand accused him of not being a true Muslim. British colonialists came to the Gold Coast at the end of the 19th century and posed the greatest threat that the Ashanti Empire had ever known. They demanded that the Ashanti people surrender their symbolic seat of power, the Golden Stool to the colonial governor Frederick Hodgson.

Facing the might of the British Empire, many of the Ashantehenes were ready to submit to British rule however Yasa Asantewa, the Gatekeeper of the Golden Stool, would not entertain the idea. She came forward and said to them; “Is it true that the bravery of the Ashanti is no more? I almost believe it. It cannot be. If you, the men of Ashanti will not go forward then we the women will. We will fight the white man. We will fight until the last of us falls on the battlefield.”

Yasa Asantewa went forward with an army of 5000 and even though the British captured then deported her, her brave actions went on to set a fire under the Ashante people that brought about the return of Prempeh I and fueled the fight for independence which they eventually got in 1957. Called “The King Shark” among the sea of African kings, Behanzin was the most powerful King in Western Africa in the last years of the 19th century and was so revered it is said that his spit was not allowed to touch the ground. His surname means strength and wisdom however he was unable to prevent the French from colonizing his lands. The French defeated him using psychological warfare by taking down the Dahomean sacred trees in the Zou and Oume forests then advanced their armies from Porto-Novo and up the Oume Valley until they were close enough to attack the capital of Abomey. In 1894 he had no choice but to surrender himself to colonel Dodds. He may have been defeated in the end but he did not make it easy for the French. Among the African kings, here lies a Queen. Nzinga gained a reputation for being a ruthless and powerful leader of the Ndongo and Matamba Kingdoms in what is now modern-day Angola. She fought primarily against the Portuguese colonialists who were after Luanda in order to have a steady stream of African slaves. She refused to give up to the Portuguese without a fight and made her kingdom a commercial powerhouse that could go toe-to-toe with the Portuguese colonies in the area. She enlisted runaway slaves and Portuguese-trained Africans to build up her power in Matamba which she developed into an economic powerhouse. She died in 1661 at the age of 81 and left behind a powerful Kingdom that resistedcolonial rule for close to 200 years. Known as ‘The Sweet One’ Nandi grew up in a culture where women were not allowed to speak their minds. As the third wife of Sezengakhana, ruler of the Zulu chiefdom, she was not recognized as a Queen and her son was not recognized as an heir to the throne. This led to her having a difficult relationship with her husbandwho eventually drove her away from the court. She left to seek refuge with her sister Dengiswayo and even there her son Shaka was resented for his claim to the throne. Dengiswayo supported Shaka’s claim to the throne and helped him assassinate his half-brother Segujana to claim the Zulu throne. He then built a royal household with over 1400 huts and declared his mother Nandi to be the Queen of Queens.

When Nandi died in 1827 Shaka Zulu was inconsolable. Tradition held that when a person of Nandi’s note died then several servants were to be maimed or killed. Shaka Zulu took this tradition a little too far and anyone who was not felt to be grieving enough was put to death. Some people in the nation used this as an excuse to settle old scores and 7000 people were killed.

1. Afonso I King of Kongo Afonso I, born as Nzinga Mvembe before being baptized, was a Portuguese vassal king in the region. He oversaw the trade between Kongo and Portugal which reached heights that his predecessors could only hope for. Kongo’s Portuguese rulers were especially happy with his efforts to convert the region to Christianity. He did this by welcoming priests and missionaries to the area and he burned traditional arts the Portuguese found to be offensive. The only issue that he had with the Portuguese was that their traders and technicians did not respect the laws of the land in Kongo or follow the Kings’ instructions. He asked the King of Portugal, Manuel I to send in officials that would be charged with controlling the Portuguese nationals in the Kongo as he could not discipline them himself without risking reprisals. The officials were sent however they failed to have an impact as the Portuguese proved to be interested only in their own personal gain.

Afonso I’s naivety in dealing with the Portuguese led to the eventual downfall of his land however he is remembered as a ruler who had the vision to build Kongo’s infrastructure. 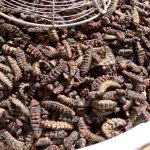 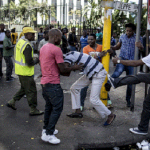