Many people maintain that breakfast is the most important meal of the day. In reality every meal is important, because ultimately, you are what you eat. If you look at it from a metabolic perspective, breakfast should give you a head start. It should give you energy, a sense of wellbeing, and it should satisfy your hunger. While some people aren’t generally hungry in the morning, there is a strong case for eating a meal in the morning that will control your blood sugar. A quick energy boost in the form of a sweet beverage, chocolate, or a sugary snack is not a good idea because it will quickly result in low blood sugar. 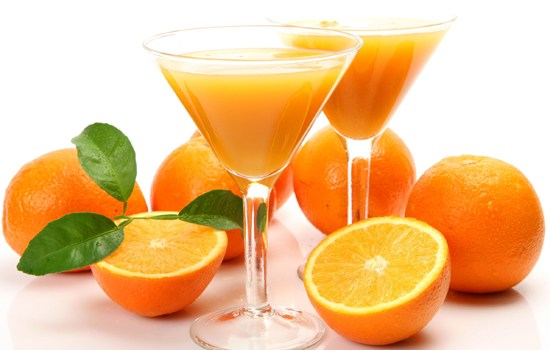 The reason you shouldn’t drink fruit juice is mostly because of the sugar content. Even if it’s freshly squeezed or pressed fruit juice, the natural sugar content can be enormous. You need energy in the morning, not a “sugar crash” caused by falling blood sugar. If you want orange juice, don’t squeeze more than one orange. Preferably, drink a glass of water and eat the orange, fiber and all. If you really want to improve your health and daily performance, cut out sugar altogether. 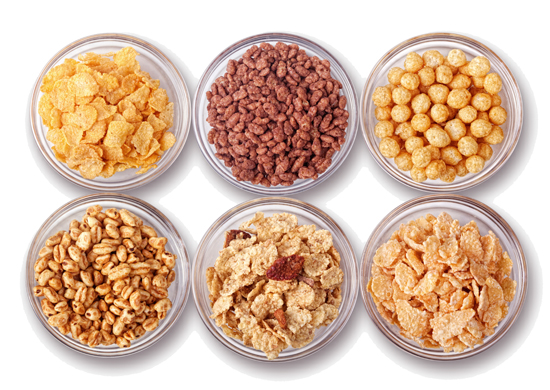 Cereals are made from grains like wheat, corn and oats, and generally speaking, grains are really not very good for you, any time of the day. Apart from the fact that they are carbohydrates, and many are genetically modified, most grains contain gluten that can be addictive, and can lead to hunger cravings. It’s all got to do with glutemorphins that trigger receptors in your brain, just like some drugs (including heroin) do. The other thing about cereals is that many contain added sugar – some are even sugar-coated, appealing to children’s tastes. Rather opt for nuts and seeds.

#8 Toast with Jam or Sweet Marmalade 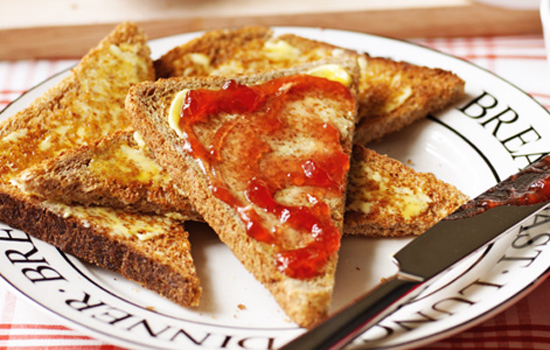 Toast with jam should be avoided because it is pure carbohydrate. If you’re going to eat toast, top it with protein, in the form of an egg, with or without bacon, sausage or another non-processed meat. Many people find that a good solid breakfast of egg and bacon gives them the energy they need to start the day. If on a high fat, low (or no) carb diet, there are breads that can be substituted for grain breads (and toast), particularly those made using coconut or almond flour. 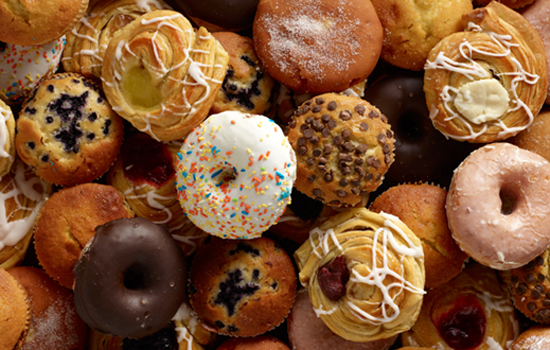 So bread is bad – especially white bread that is made with refined flour. But pastries and things like donuts are even worse. Not only are they made with white flour, they are also packed full of sugar, which is likely to result in a rapid rise in blood sugar. The problem is that this usually causes hunger pangs, apart from which too much sugar in the diet is a common cause of obesity, and can also lead to diabetes. 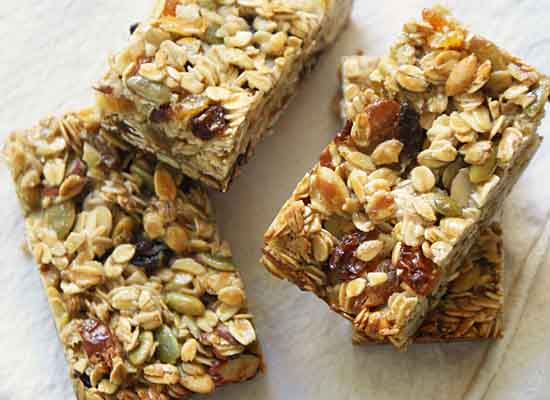 Whatever job it is that you do, chances are there are days when you are forced to eat breakfast on the run (or skip it altogether). If this is the case, don’t be tempted to grab a breakfast bar or three, unless you have made them yourself and left out the harmful, weight-adding sugar content (see #10) that most commercial breakfast bars contain. If a granola or breakfast bar is an option, then you’re clearly not on a low carbohydrate diet, so rather grab a couple of slices of whole-grain bread and eat this with peanut butter (sugar-free of course). 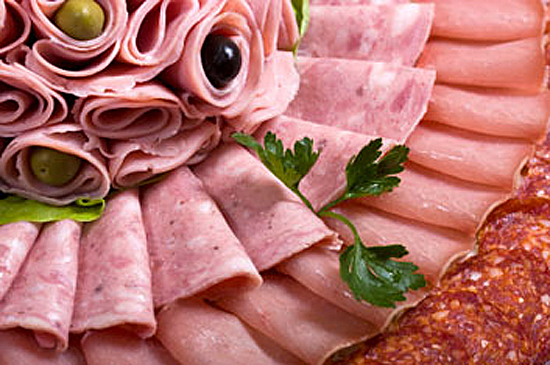 The worst breakfast foods you can eat by Katharine Watts. Photo: besthealthmag.ca

Most processed meats, including sausage, ham, bacon, salami and polony, contain nitrates – a chemical that has been positively linked to colorectal cancer by the American Institute for Cancer Research. While it might seem like a good, quick, easy option that doesn’t contain sugar (though some processed meats do), always check the labels to make sure nitrates haven’t been used. If they do contain nitrates, then this is another of those foods to avoid eating in the morning. If they don’t, then eat them for breakfast! 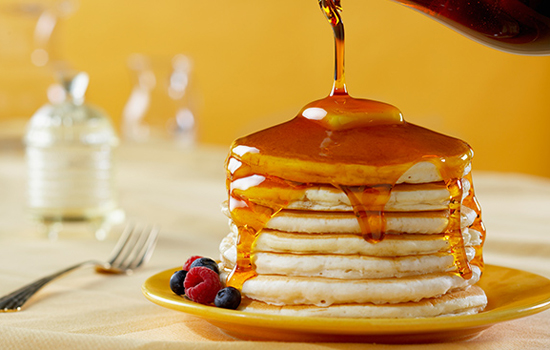 Pancakes, waffles, and any other related breakfast, dessert, or snack foods are to be avoided, especially in the morning. These are generally made from high-carbohydrate, white, refined flour to which both salt and sugar are usually added – even if you make them yourself at home. To make it worse, pancakes etc. are usually topped with syrup of some sort, more often than not artificial syrups that are packed full of high-fructose corn or sugar-based syrup. Maple syrup is a healthier option, but all in all, pancakes and syrup of any kind should be avoided in the morning. 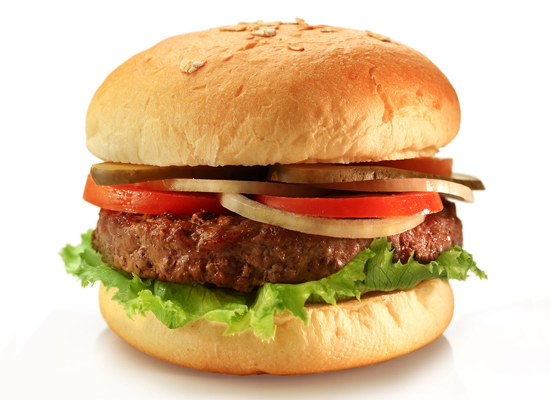 A burger on a bun is to be avoided in the morning, especially if it’s a takeaway! Burger patties aren’t necessarily unhealthy, though it does depend how they are made. A burger patty made with quality meat and no preservatives isn’t going to harm you, but if you’re going to eat it with a white bun and lather it with sauce that is packed with sugar and other additives, then you’re on the wrong track entirely. Don’t be conned by the concept of eating it with salad either. And certainly don’t be tempted to eat greasy potato chips on the side. This morning meal might cure a hangover, but that’s about all. 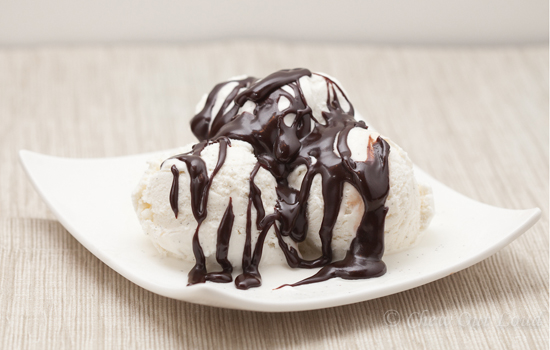 Whether the chocolate sauce is hot or cold is not the issue here, it’s the food in its entirety that needs to be avoided – unless of course the ice cream is made from unsweetened yogurt, and the chocolate is dark and bitter. Generally ice cream is packed with sugar as is chocolate. Not your normal breakfast, we’ve simply added it to our list of foods to avoid eating in the morning because it’s really not a good idea – nor is a chocolate milkshake a good idea. 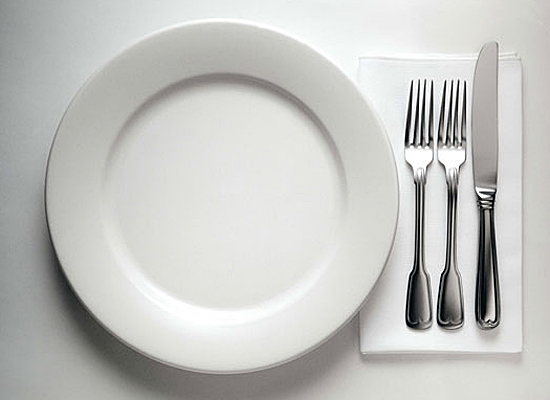 What foods go on the perfect plate? Photo: transforminghealth.org

Missing breakfast altogether is almost worse to eating all the foods we should avoid eating in the morning. There are a number of reasons for this. One is that you won’t get any form of kick-start or energy to get yourself going. The other is that it will usually lead to overeating later on in the day, particularly in the evening, before bedtime – not a good time to be eating much at all. Remember the old say, everything in moderation, especially when it comes to eating in the morning.