Mozambique is that it lies on the southeastern coast of Africa. Here are some basic facts about Mozambique you need to know.  The country is bordered on the north by Tanzania, Malawi, and Zambia.  On the west, it is bordered by Zimbabwe, on the south, by South Africa and Swaziland, and the Channel of Mozambique to the east.

Maputo, the capital, is close to coast in the south. The Mozambican terrain ranges from forests and swamps to mountains, grasslands, sand dunes, and beaches.

Here are ten more facts about Mozambique that many people will find interesting….

The country practices two distinct inheritance systems: one in the north and the other in the south.  The ethnic groups north of the Zambezi River are semi-nomadic.  They are the one that are matrilineal.  South of the Zambezi, it is the very opposite.  There, they are patrilineal.

Unlike some other countries where many are more interested in white-collar jobs, more people in Mozambique are interested in farming than the land can accommodate.  Only 5% of the total land area of Zimbabwe is arable.  But a whopping 80% of the people engage in agriculture!

There is a very popular local dance called chopi.  The dance is especially popular and loved by the people because of the colorful costume.  In it, the dancers wear lion skin costumes.  And the dance itself entails hopping around on tall stilts.  It obviously requires long practicing to hop on such stilts without falling.

The country name is a favorite for scrabble players.  Picking scrabble tiles that spell Mozambique is a big score for a player.  On the scrabble board, Mozambique is the country with one-word name that scores the highest.  It scores 34 points while Kyrgyzstan scores 30.

Going by the words of analysts of countries’ economies, Mozambique’s economy should become vibrant in a few years to come.  This is because one of the paradigms such analysts consider is the age grade of each country.  The entire Mozambican population is under the age of 17!

One good reason for the population being so young is early age child bearing.  Mozambique is one country where women seem to be in big hurry to have their children.  Over 50% of Mozambican women have their first child before they turn 19!

The name of the country is unique in yet another way.  And this might take a careful looking to grasp.  And kids especially would love to know it.  Mozambique is the only country with one-word name that has all the five vowels of the alphabet MOZAMBIQUE.  Is that a scoop or what!

The country may have a small landscape compared to other African countries.  But the country ranks high in a number of things.  One of those things is in the number of places where aircraft can land.  Mozambique has 147 airports/airstrips.  However…only 22 of them have tarred runways!

Involvement in spiritualistic practices and belief in spiritualism are very rife in Mozambique. For example, every death in Mozambique is connected with witchcraft of evil spirit.  And men are not allowed to drop a tear when someone dies.  Men weeping when a death occurs is like a taboo. 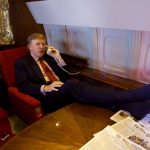 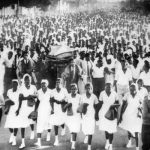