Imagine New York City in the late 1970’s and early 1980’s when a new genre of music, Hip Hop, became the new Rock n’ Roll. Clubs featured dance offs of the best hip hop moves like “the wop” and “the snake”, and rappers and beatboxers took the stage. A new era of music was born.

From New York City to streaming around the world in 2015, rap music has become very popular. Some rappers have left a substantial mark on the industry (due to their diverse style and leading talent), which has made them rich. It’s not only music that’s making dollar signs rain down on famous rappers, but also investment opportunities and endorsements that are available to them at every turn. With opportunity at their doorsteps, many famous rappers have cashed in and made a fortune. For proof of this, just listen to the lyrics of a typical rap song.

One of the most common tropes in rap music is a rapper’s extensive jewelry collection. Which rappers have the most extravagant jewelry collections? We found 10 rappers who went above and beyond to show how much money they can dangle around their necks. These rappers, already millionaires, were far from worried how much these precious jewels would set them back. Who made the list and how much did they spend? Here are 10 rappers who dropped a load of cash on bling, all of which are coincidentally chains. Let’s take a look!

It seems like a long time since Yung Joc came out with the hit “It’s Goin’ Down” from the 2006 album “New Joc City.” You would think that Joc would be a lot older than he is, but he’s only 31 years old. We haven’t heard a lot from the rapper since his debut album or his follow up in 2007, but it appears that he has a new album in the works to be released sometime in 2015.

Joc’s second album was “Hustlenomics” and was released in 2007. The chain that Joc bought to accompany the release of the album was pretty impressive, even if it is just a giant letter ‘H’ with the name of his album spread across of it. The “Hustlenomics” chain looks incredibly heavy, so it’s no surprise that Joc needed a very thick chain to hold it up. We can’t wait to see what the 2015 album’s chain will look like.

Young Jeezy’s rap career goes back to 2001, but it wasn’t until his third album called “Let’s Get It: Thug Motivation 101” that people started to take notice. Ever since the album reached number one on the US Rap charts, the rest of Young Jeezy’s albums have followed suit (yes, believe it or not, all four of them). His latest album, called “Seen It All: The Autobiography”, features the single “Seen It All” with Jay-Z, which had made its way into the top 20 charts.

USDA stands for the United States Department of Agriculture. Young Jeezy wears the USDA chain around his neck to show that he is indeed certified by government property. It’s usually a certification that is given to beef, so maybe Jeezy just thinks of himself as livestock or a prime piece of meat. For someone so wealthy, you’d think he’d value himself more.

Chamillionaire has had a very similar career to that of Yung Joc’s. Both rappers released two albums almost back to back several years ago, but haven’t released another one since 2007. Both also have a third album in the works with no set release date. The first album that Chamillionaire came out with was called, “The Sound of Revenge” in 2005, which featured the massive hit “Ridin’” that was so popular that it was parodied by Weird Al.

Chamillionaire is also a very unique way of saying that you are a reptile and also a very wealthy one at that. Just to get an outline of a chameleon that was crawling up the rapper’s chest cost him a pretty penny at six figures. It didn’t make that big of a dent, though, since Chamillionaire’s current net worth is $15 million.

Waka Flocka Flame is clearly not the real name of this rapper; his real name is Juaquin James Malphurs. That wasn’t quite as catchy, though, so Waka had to do. Waka started out with a bang in 2009 with the hits “Hard in da Paint” and “No Hands”. Both singles made it into the Top 20 on the Billboard Hot 100 Chart. Waka’s newest album, “Triple F Life” is scheduled to be released in June of 2015.

“Waka, waka, waka” is the catchphrase of Fozzy Bear from “The Muppets.” Fozzy is the cutup that tells really goofy jokes, and Waka Flocka Flame is clearly a big fan of the stuffed bear. Apparently, he is so much of a fan that he was willing to spend $120,000 to get a gold and diamond version of Fozzie made to hang around his neck. That’s definitely no joke to spend that kind of money on a bear necklace.

Slick Rick is by far the oldest member on this list at 50 years old. Coming from the country of England, Slick Rick was one of the first big rappers in the early 1980’s thanks to big hits such as “La Di Da Di”. Slick Rick is one of the best storytellers in terms of rap lyrics, and several magazines have named him as one of the best rappers of all-time. Rick hasn’t had a single since 1999, but is still seen as an industry icon.

Slick Rick doesn’t have just one chain (or two like a certain guy later in our list), but has a whole museum of them. You probably can’t even count all of the chains that Rick piles on, but they have an estimated value at a quarter million. Though Rick could probably afford a diamond encrusted eye patch to wear, he would much rather distract you with all of his chains.

What can we say about Kanye West that hasn’t already been said? Kanye considers himself to be a genius, and though we hate to admit it, his successful music career would certainly back that up. After producing records for years, Kanye went solo and decided to record his own hits, which proved to be a smart move. Kanye has been the source of a lot of controversy, especially when it comes to interrupting speeches at award shows.

Kanye went through a brief phase a few years ago where he was obsessed with things from ancient Egypt. A Horus is one of the oldest deities in Egyptian religion and is half bird, half man. Kanye liked it so much that he had a life-sized Horus head made to wear around his neck. The price definitely matched the size of the thing at $300,000.

Nowadays, Tauheed Epps goes by the name of 2 Chainz. 2 Chainz comes from the hip hop rich town of College Park, Georgia and has been active in rap music since 1991. 2 Chainz wasn’t really known outside of his home state of Georgia until 2012, when he released the album “Based on a T.R.U. Story” that shot up to number one on both the rap and overall music charts.

The name 2 Chainz doesn’t really suit the rapper anymore since he has far more than two chains now. The collection that 2 Chainz has gathered is valued at $350,000, which merely dents his $6 million estimated net worth. 2 Chainz reportedly graduated with a 4.0 at Alabama State, so we highly doubt that he will run into financial trouble any time soon.

T-Pain is one of those rappers that you’d think is in his 40’s by now because of how long he’s been around, but he’s not even 30 years old yet. T-Pain’s heavily auto tuned songs first hit the airwaves nearly 10 years ago. T-Pain’s first hit single was “I’m Sprung”, and he’s had eight more hits since, which have all made into the Top 40 on the Billboard Hot 100 Chart. T-Pain also came up with a pretty killer remix of the Miami Dolphins fight song.

As you can see from the photo, BAC stands for “Big Ass Chain”. The chain does not have an intricate design, but the words aren’t filled with just any material— they are filled with 197 carats worth of diamonds! T-Pain is known for his extensive jewelry collection, which can be seen everywhere from his teeth to his feet. But this blinged out piece is his most notable at $410,000.

Sean Kingston was born as Kisean Anderson, but wanted to pay tribute to the capital of his native Jamaica by changing his name. Kingston’s first album (self-titled) came out back in 2007 and featured three hit songs, including the number one hit “Beautiful Girls”. Kingston had a nice stretch of popular songs after that as well, but was nearly left for dead after a jet skiing accident in 2011. Kingston is making his way back into the rap scene, but it’s been a long process.

A box of crayons usually only costs around $5, and that’s only if you get the super nice jumbo pack with the sharpener in the box. Multiply that by 100,000 and you get Sean Kingston’s version of a box of crayons. The box of crayons that Kingston wears around his neck aren’t actually usable since they are just diamonds in different colors. Kingston is a big fan of crayon drawing and wanted everyone to know it by dropping half a million on this chain.

Rick Ross comes from Southern Florida and started rapping back in 2001. Ross’s career was successful enough that he was able to open up his own studio in 2009, called Maybach Music Group. Ross has released seven albums in his career, and every single one of them has reached either number one or number two on the charts. Eight of his songs have reached the Top 10 on the rap charts. Ross is not only known for his hit music; he’s also notorious for having a large and intimidating presence.

Ross got a chain with a miniature gold version of himself custom made. Ross himself is big, but this mini Ross isn’t so intimidating— that is, until you find out what the little guy worth. It’s easily the most expensive piece of jewelry on our list at $1.5 million! Apparently, this is also the most expensive selfie of all-time too. 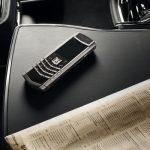 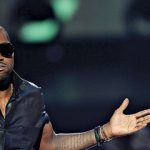